With a great window for weather in the mountains, I headed out to Cold Springs Campground to join the masses of vehicles crammed into every nook of space along the road with similar aspirations. I watched the deer rummaging around the burned landscape surrounding the campground as the sun fell, then climbed into my car to sleep for a couple of hours. Up and moving by 2 AM, I started hiking with the moon, thinly obscured by a layer of clouds casting long shadows from the flagpole forest of burned trees. After some hiking the snowpack started continued, weaving through exposed rocky sections and islands of trees. Despite the hordes of climbers at the trailhead, I only encountered a couple of them, headlamp dots amongst the expanse of the southern flanks of the mountain. Approaching the flat area of lunch counter, the rising sun cast a great shadow of the mountain across the landscape to the west. After a section of exposed boulder fields the climb became steeper, and continued up to the false summit that had been the top of my view for so long. Cresting up to it, the mountain dips down a bit before continuing to rise, still another 800 feet to climb after a short descent. The final steep push to the summit was rewarded with the flattened expanse of the summit area, arriving just after 7 AM. I went and explored the area around the shack that remains there, just barely poking through the snow. With light winds and the sun still low above the horizon, I enjoyed the expansive views from up above 12200 feet, no one else in sight for the half hour or so I lingered before starting my descent. 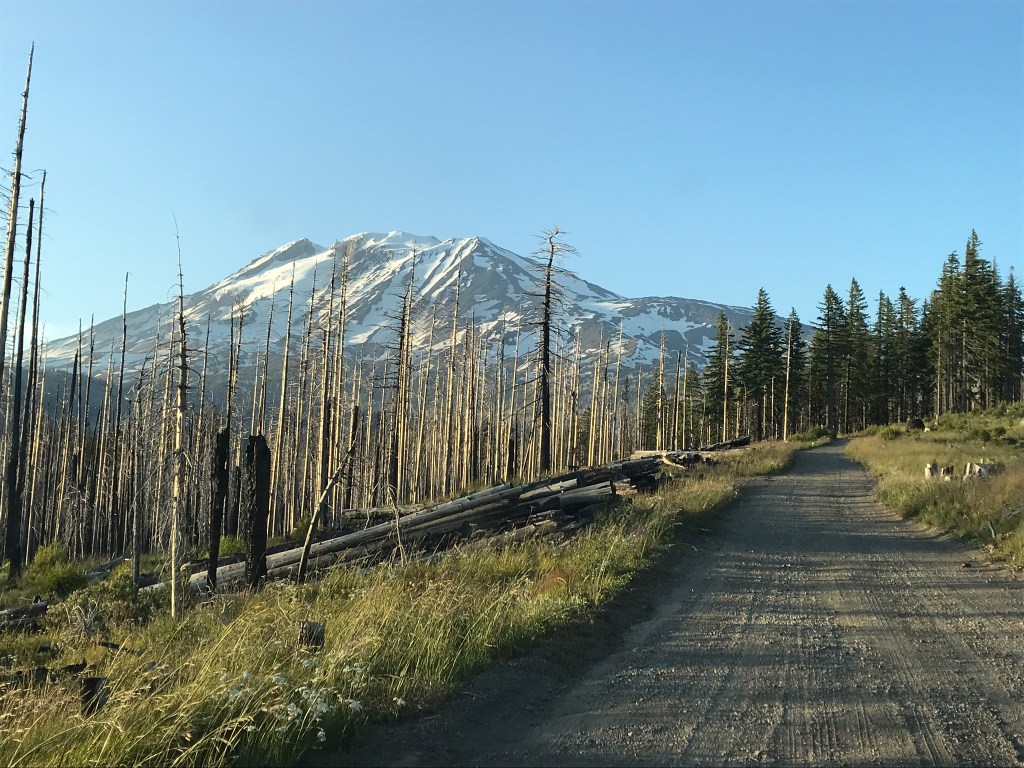 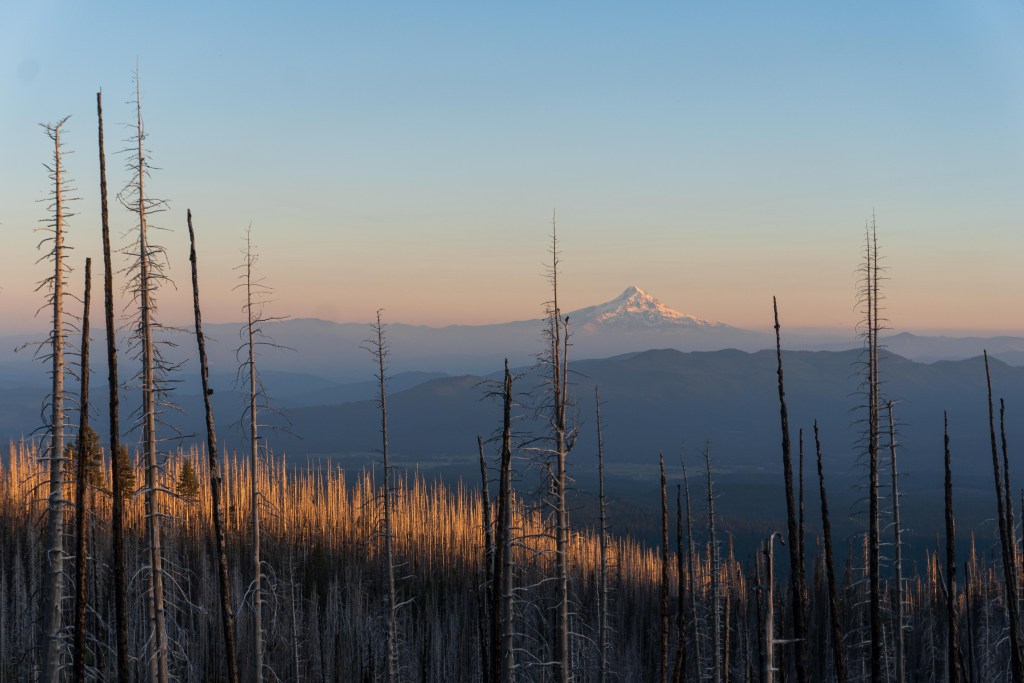 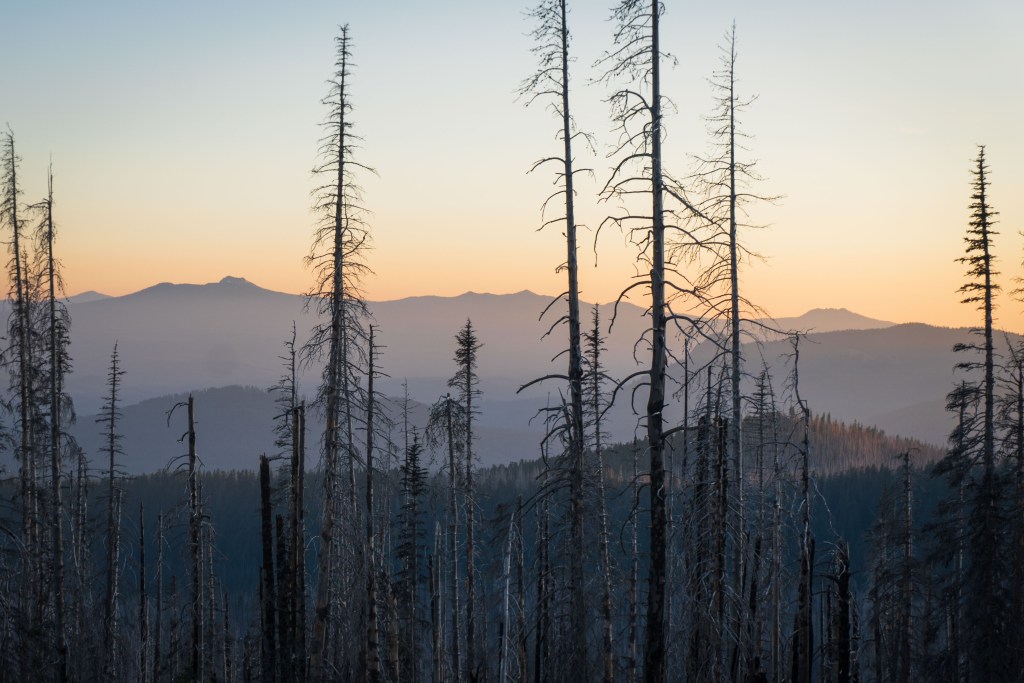 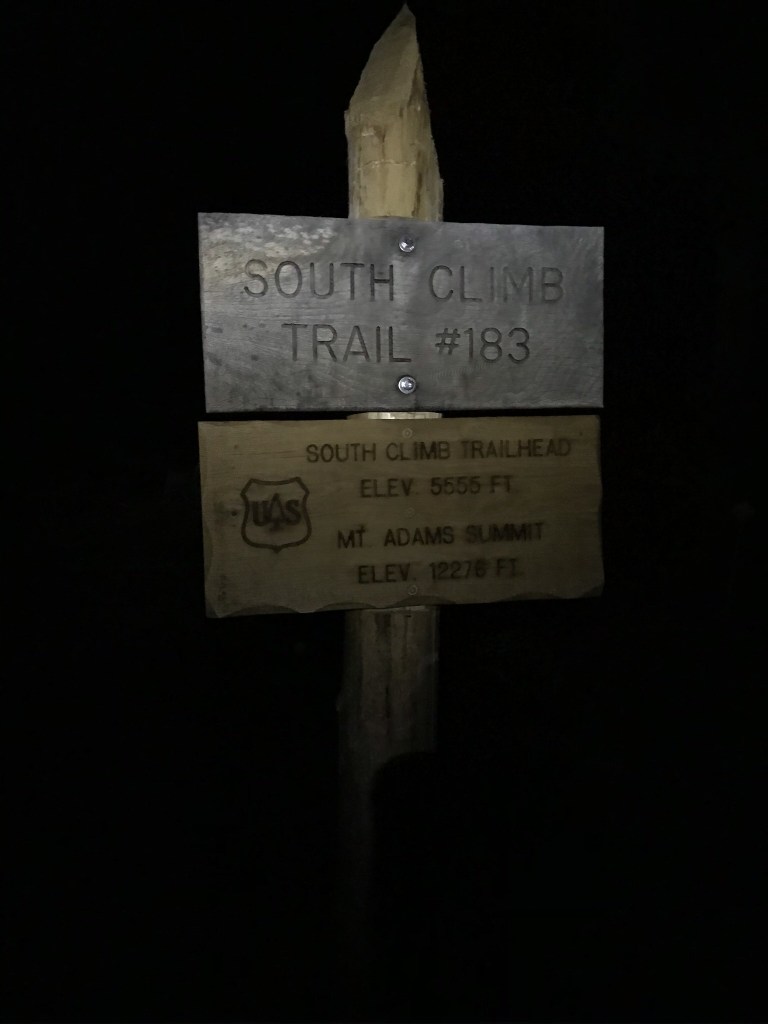 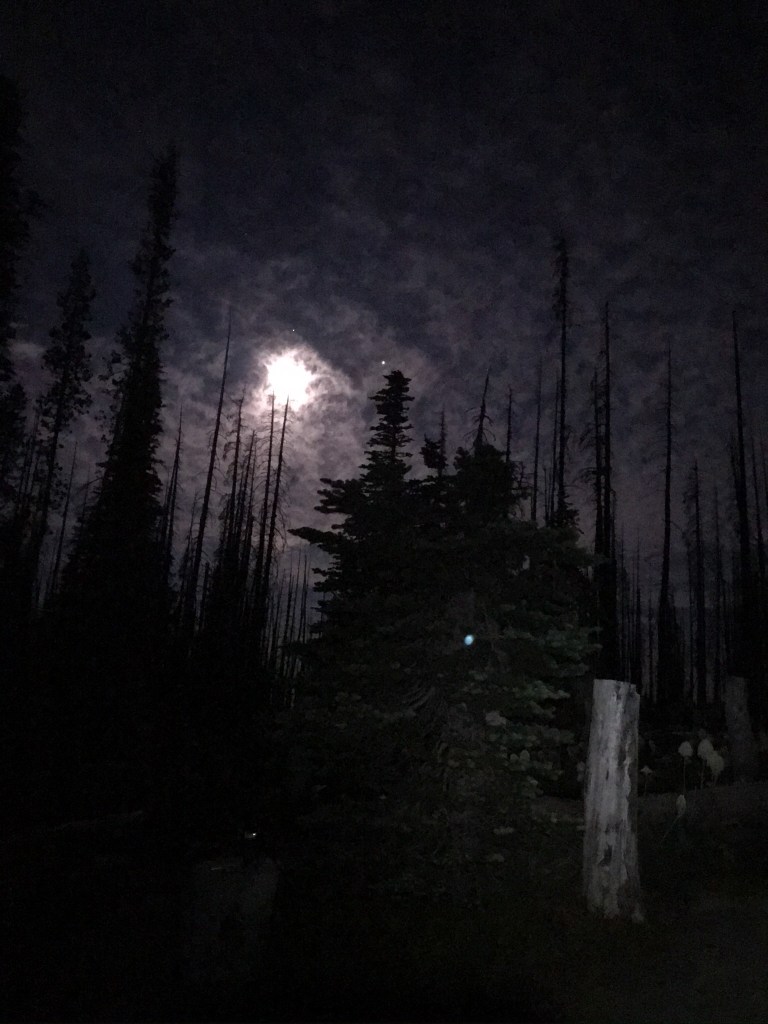 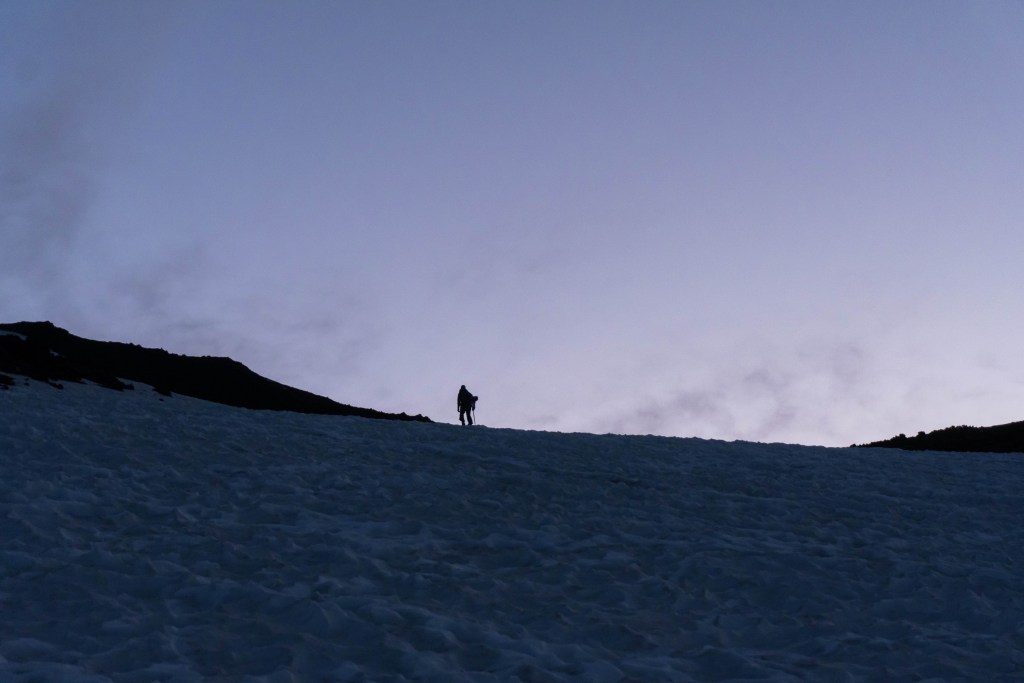 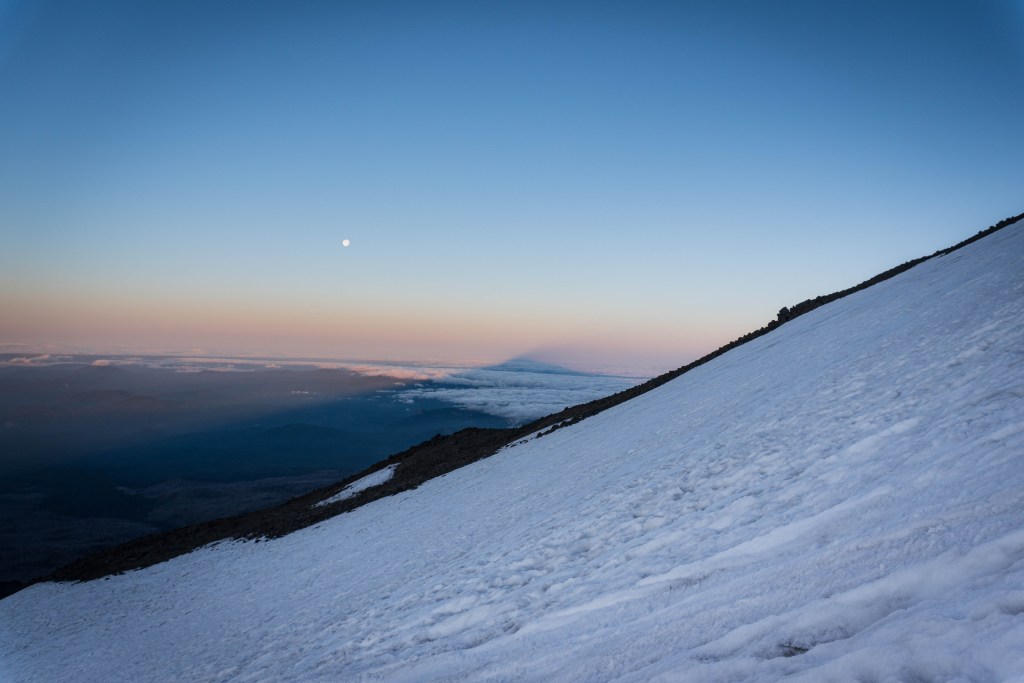 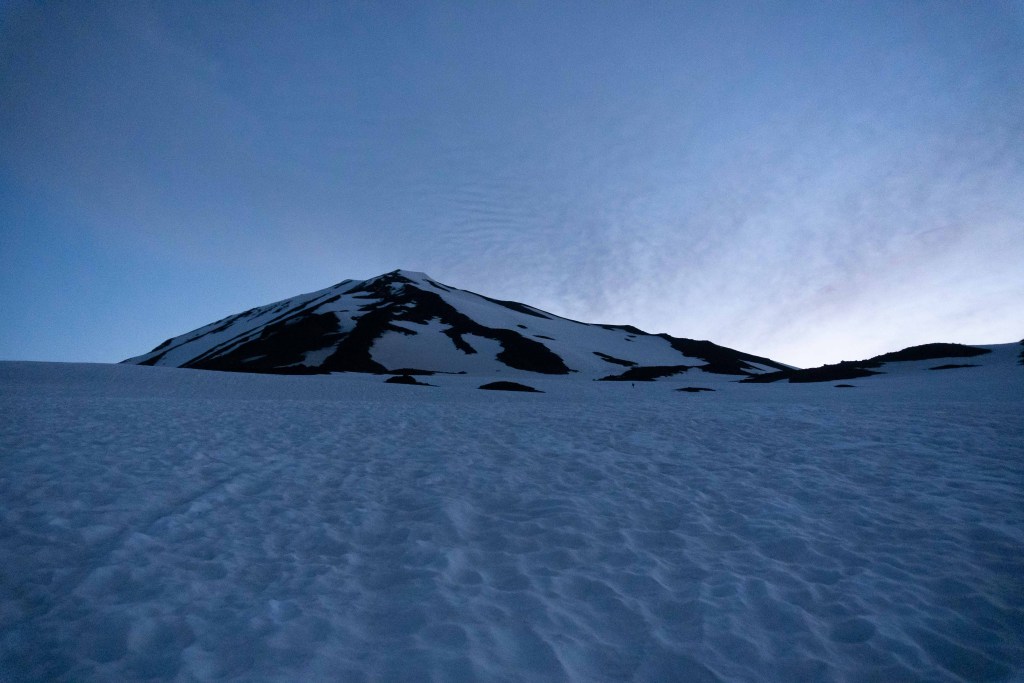 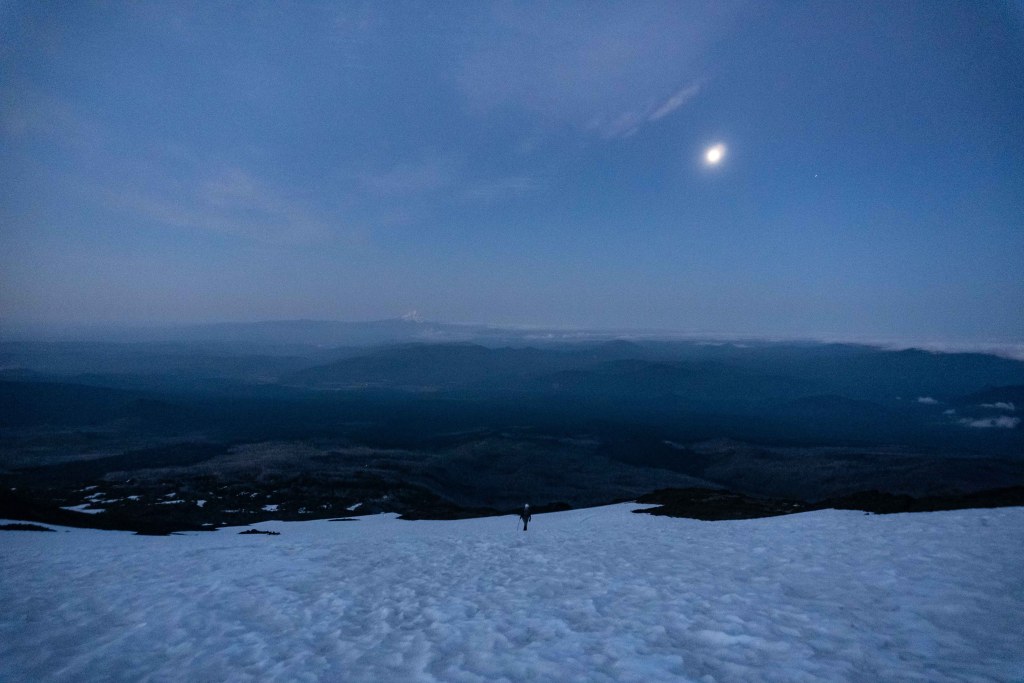 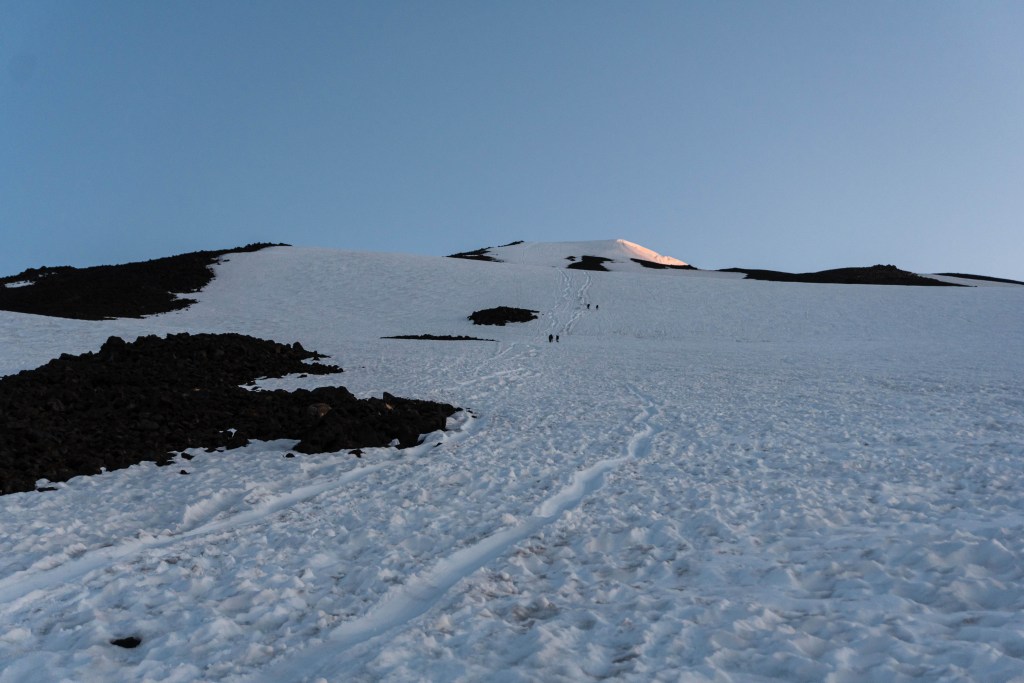 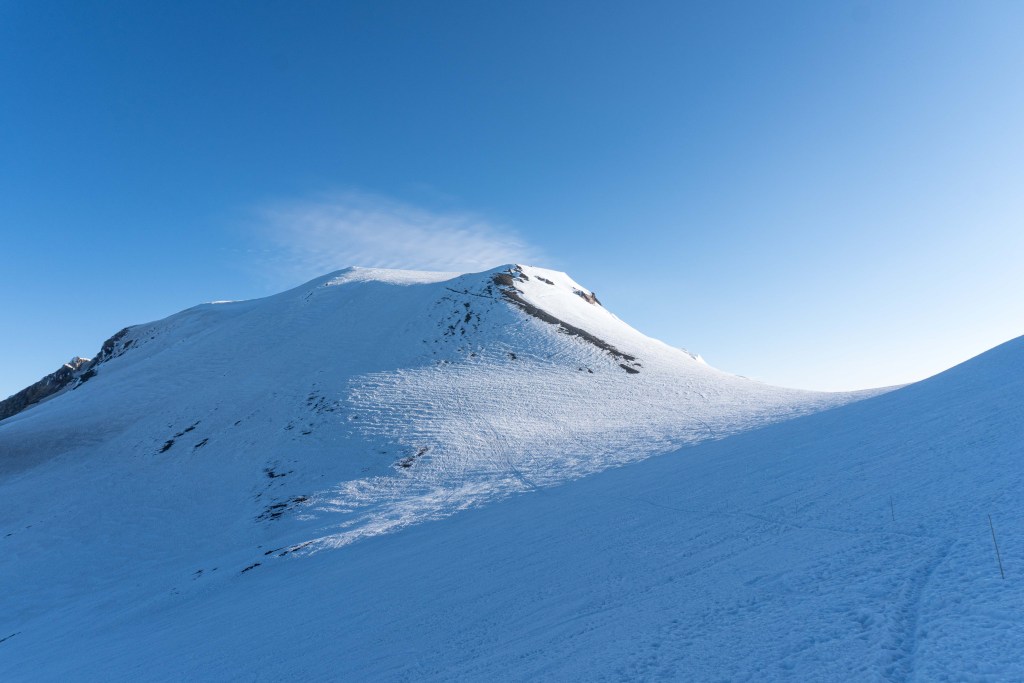 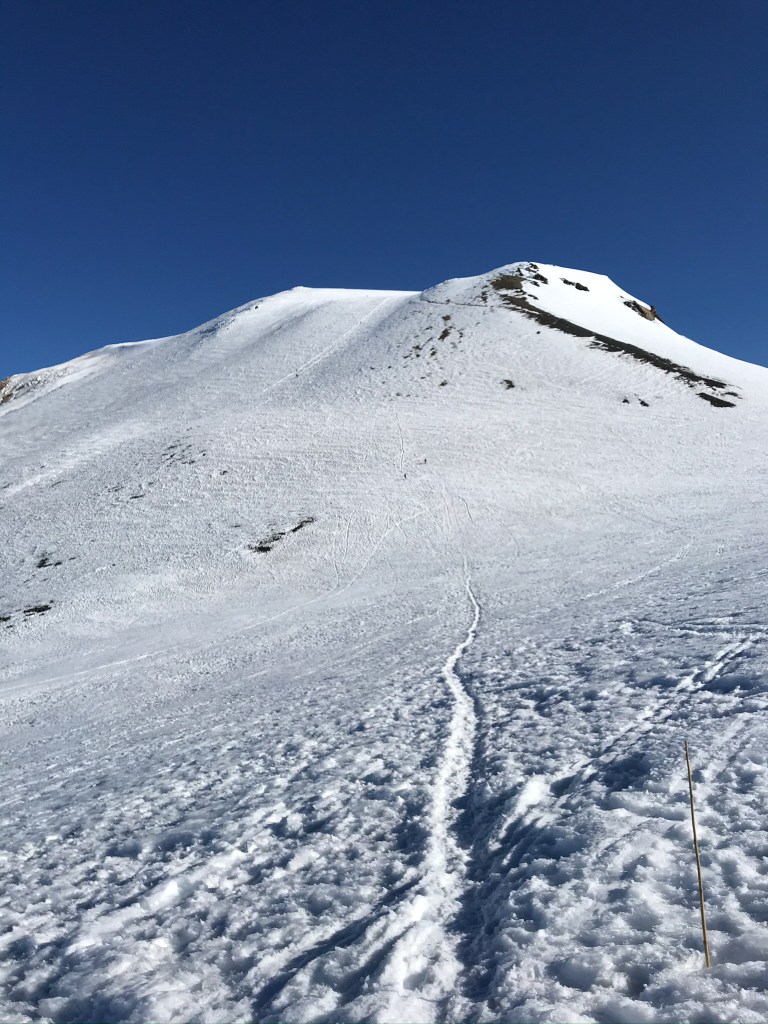 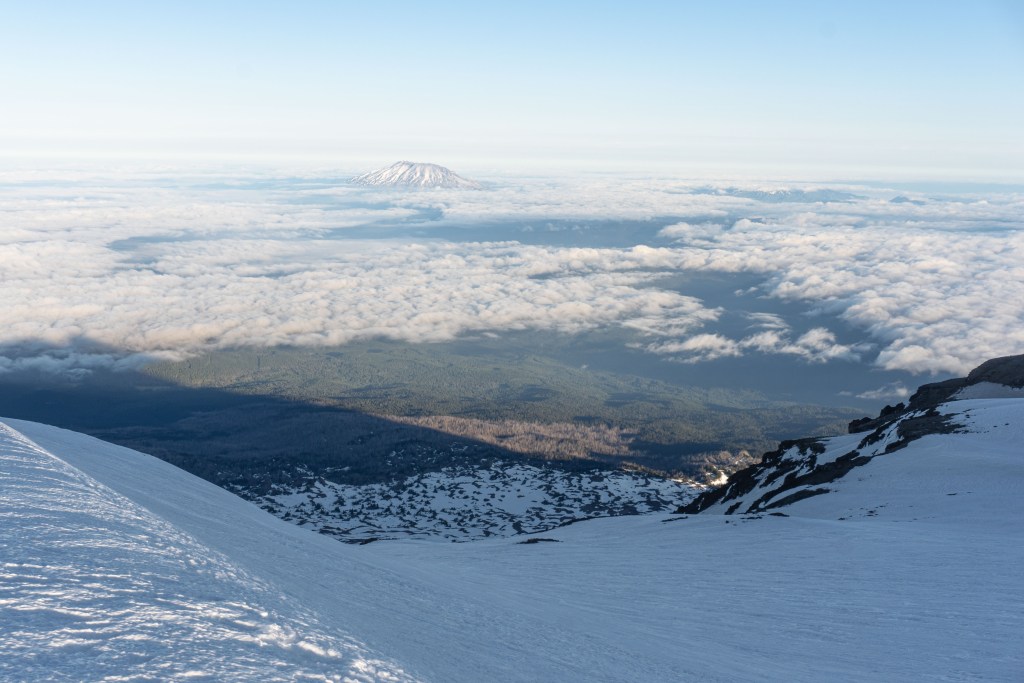 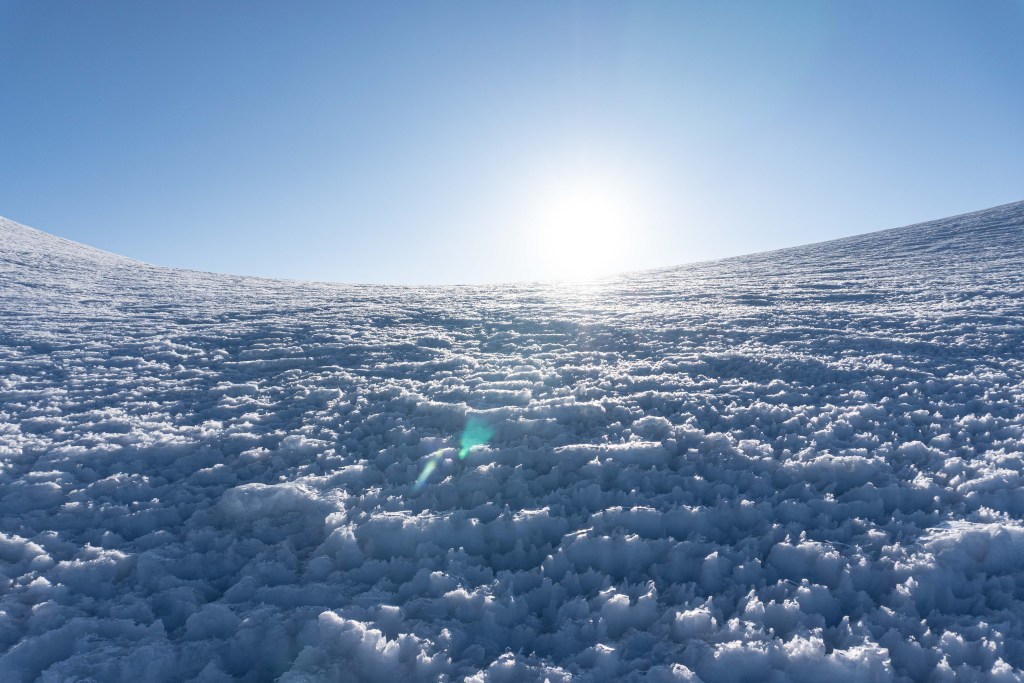 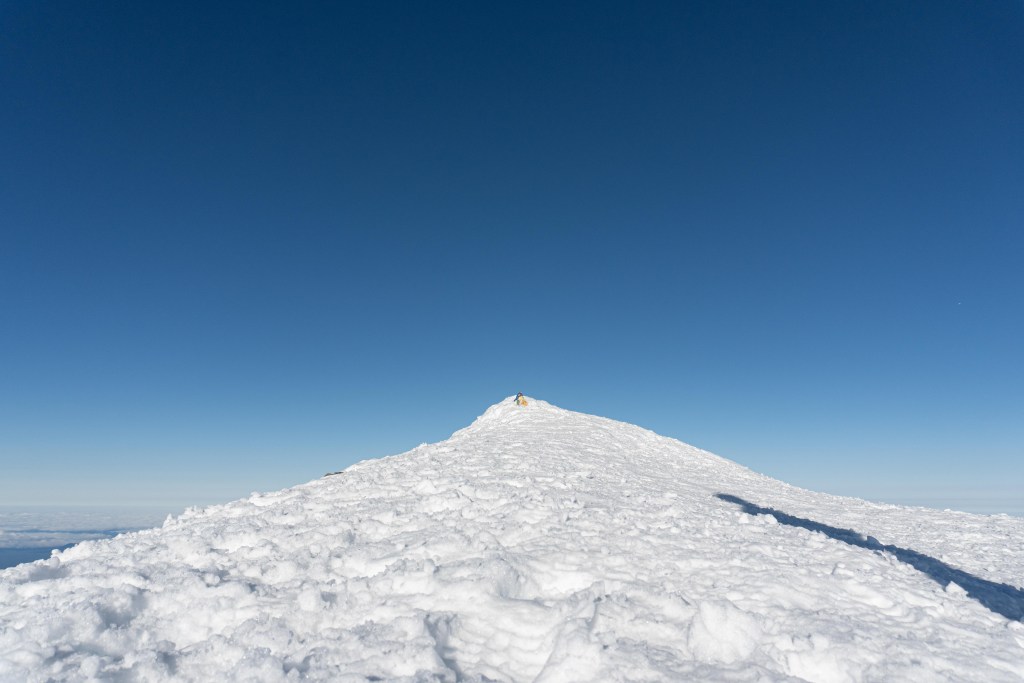 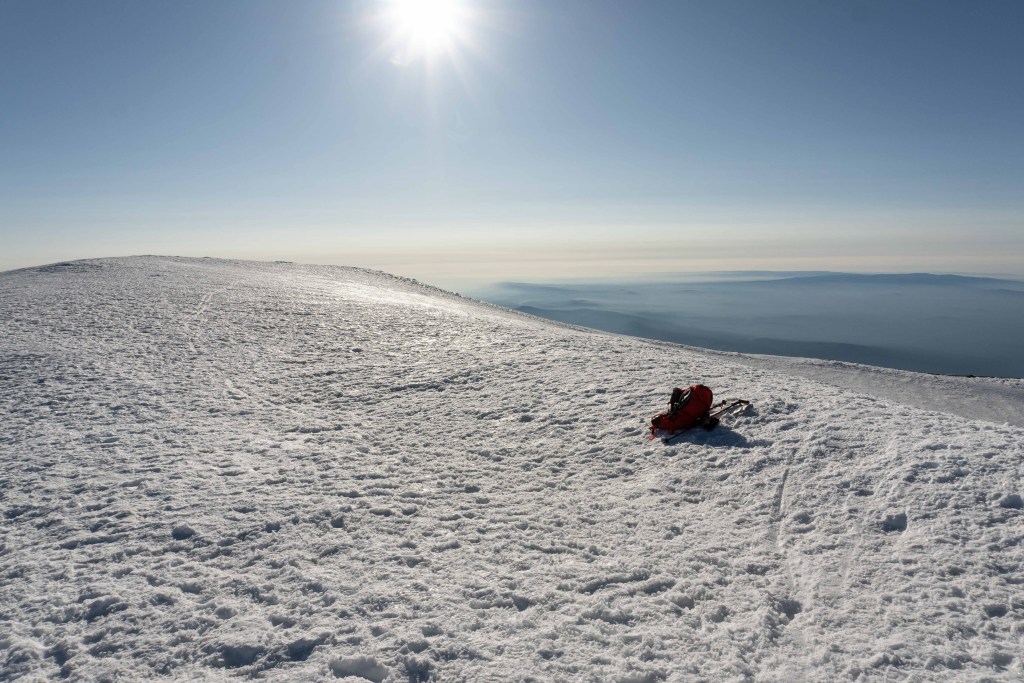 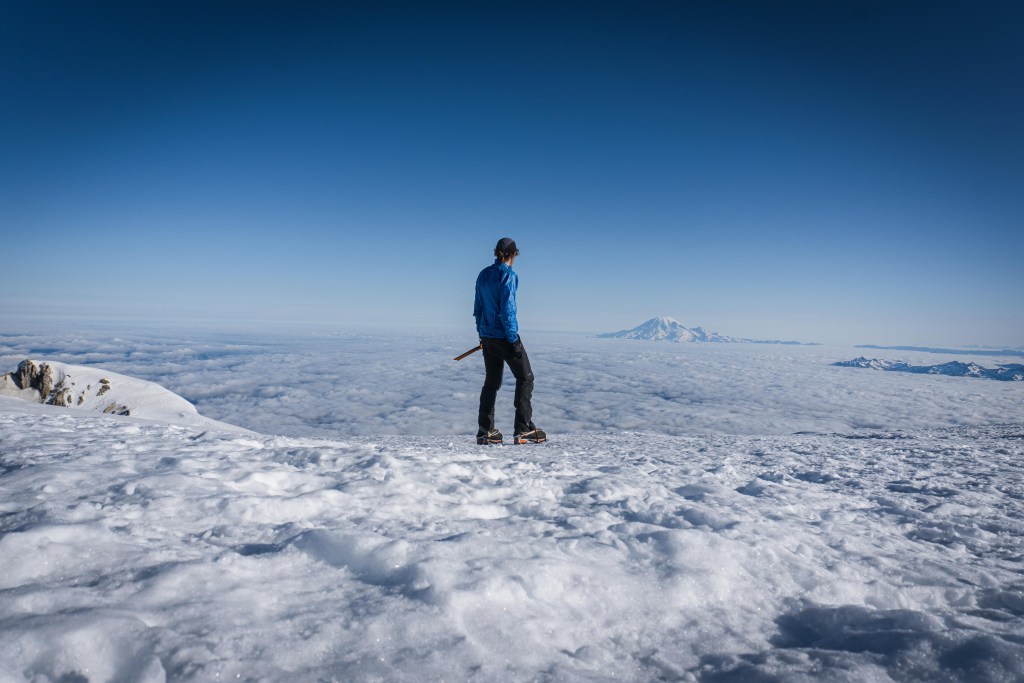 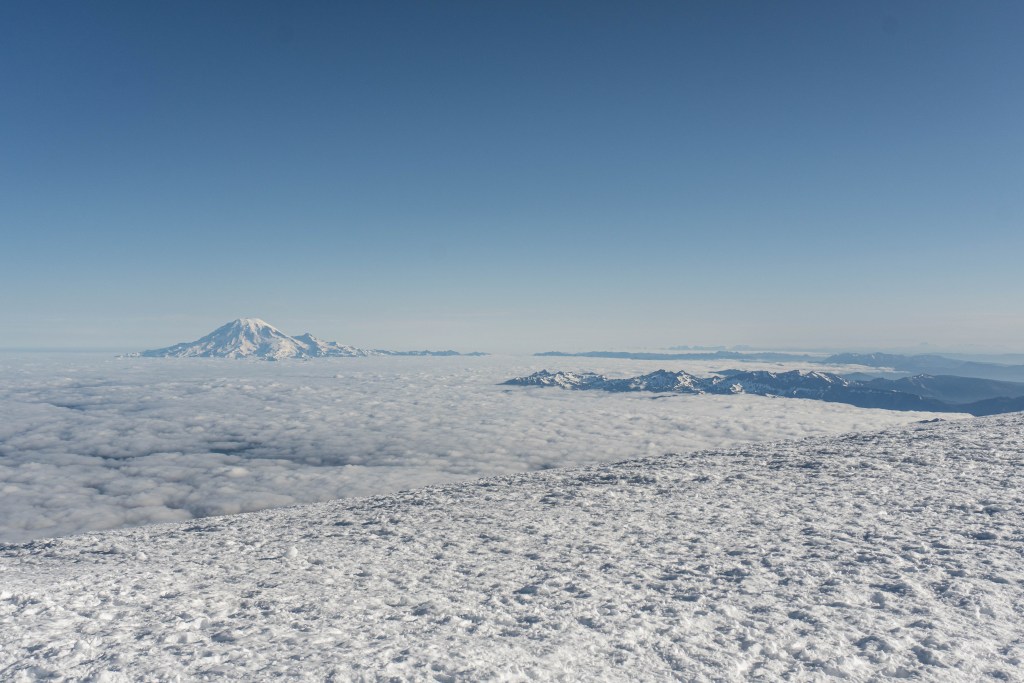 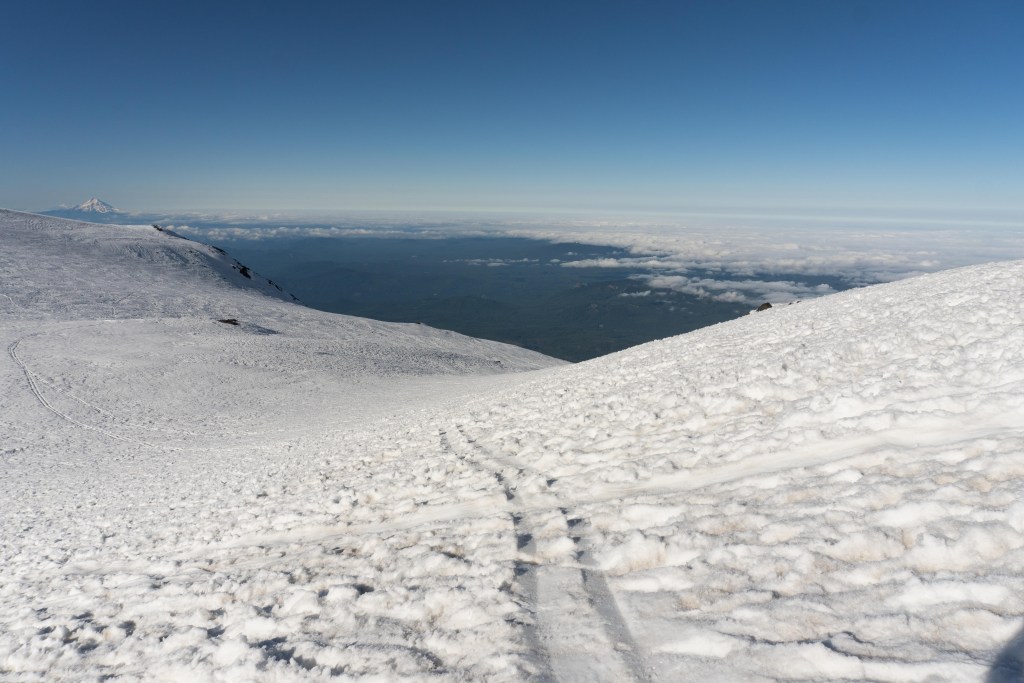 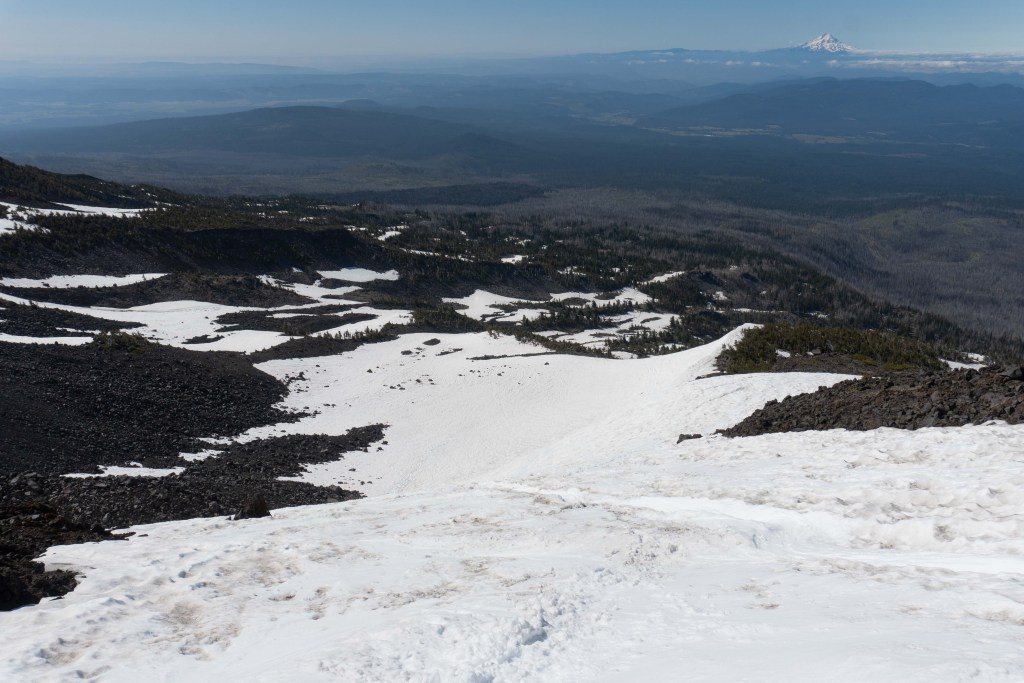