McNeil Point via the Mazama Trail

McNeil Point is undoubtedly one of the most popular destinations around Mt. Hood.

On runs around the Timberline Trail in the summer, the section from the turnoff to the Point to the junction near Bald Mountain is usually the most crowded areas. I’ve passed by dozens of hikers heading out the Timberline Trail. The most popular spot is to go from Top Spur trailhead but if you head out a little further to the Mazama Trailhead, you will be rewarded with a less crowded and beautiful route to the point.

This time I arrived at the trailhead in the afternoon, and headed out on the trail, which shortly begins a series of switchbacks and rises up through a scree field, with views of the mountain ahead. Up on the ridge the forest is recovering from the 2011 Dollar Lake Fire, and blooms bear-grass was putting on a show amongst the burned standing trees. Around where the unburned forest restarts some carpets of Avalanche Lilies in bloom were capturing the sinking rays of the sun. The Mazamas Mountaineering group tends to the trail maintenance along this route, and the trail is in good condition. Close to the Timberline Trail I encountered snow and followed the way up to where the McNeil Pt. trail heads up the ridge. I spent some time around the shelter watching the sun sink, and then headed back down to see some lovely alpenglow on the mountain and a pair of nighthawks dancing above the valley, ushering in the evening with their mysterious calls. 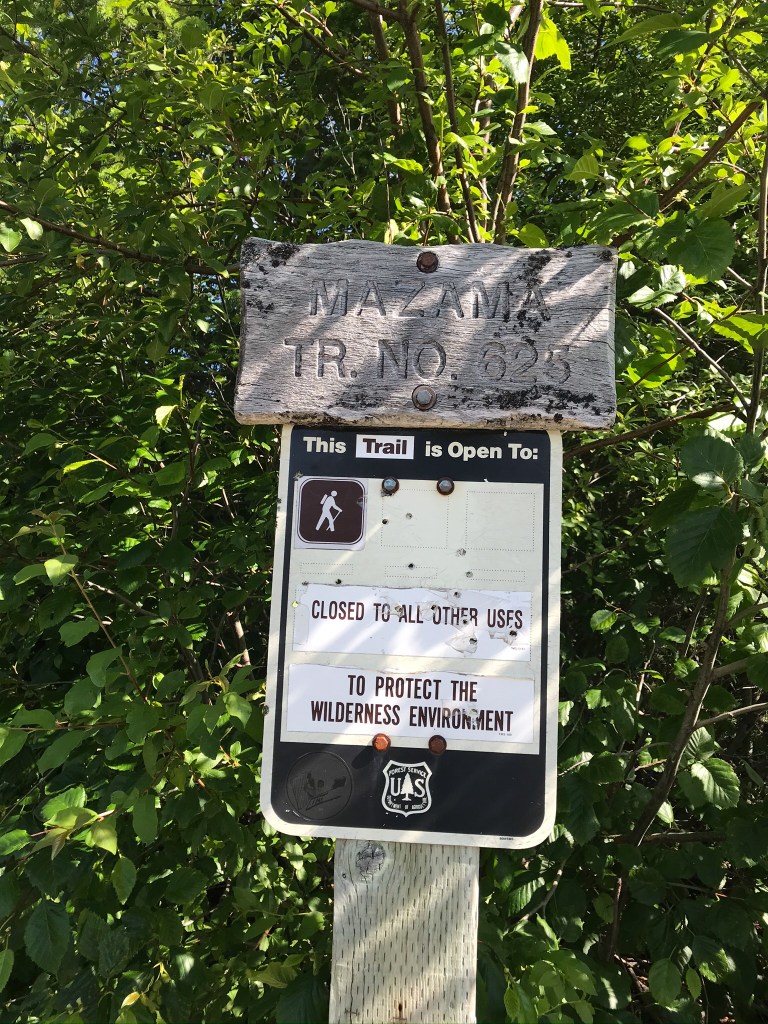 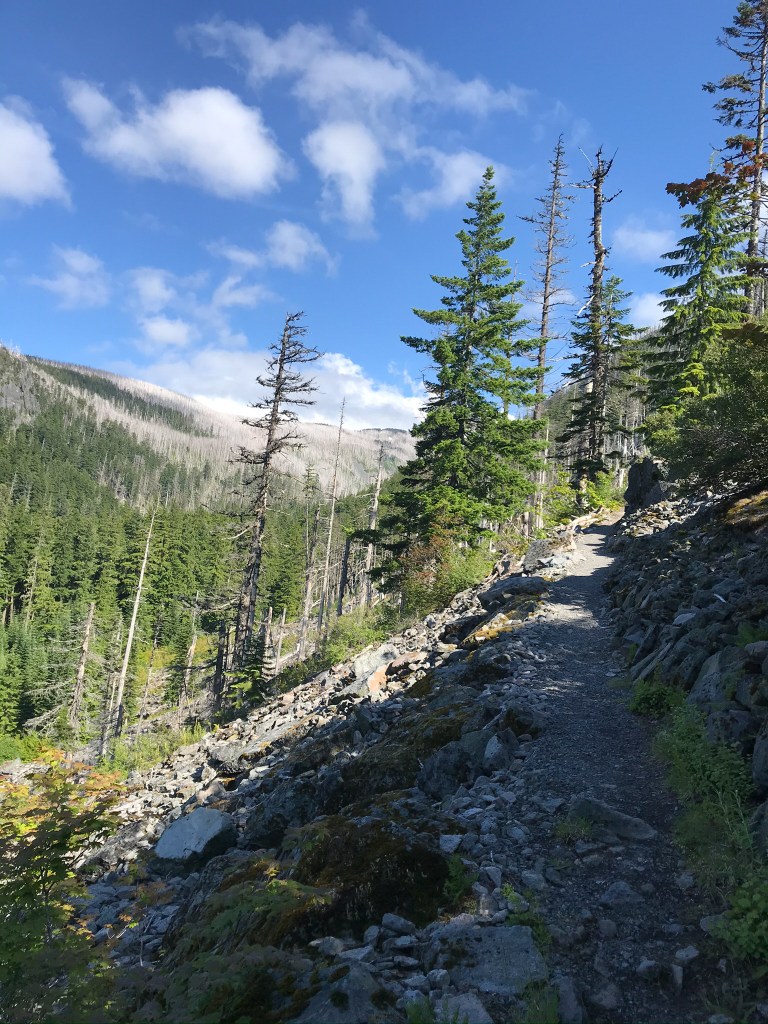 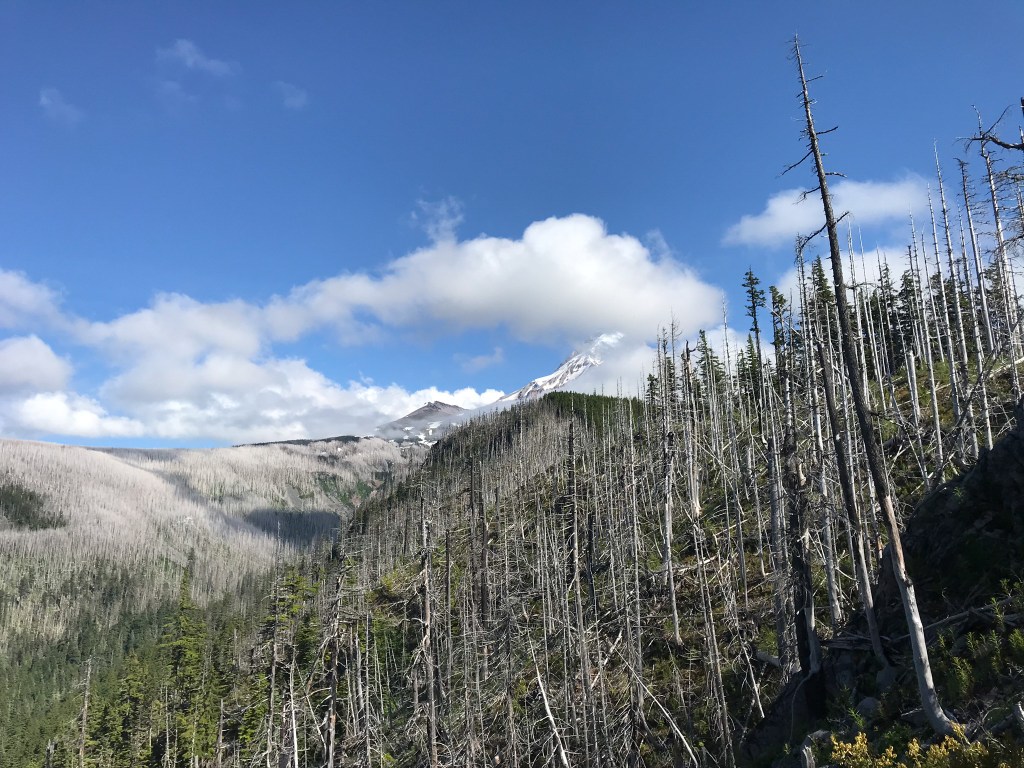 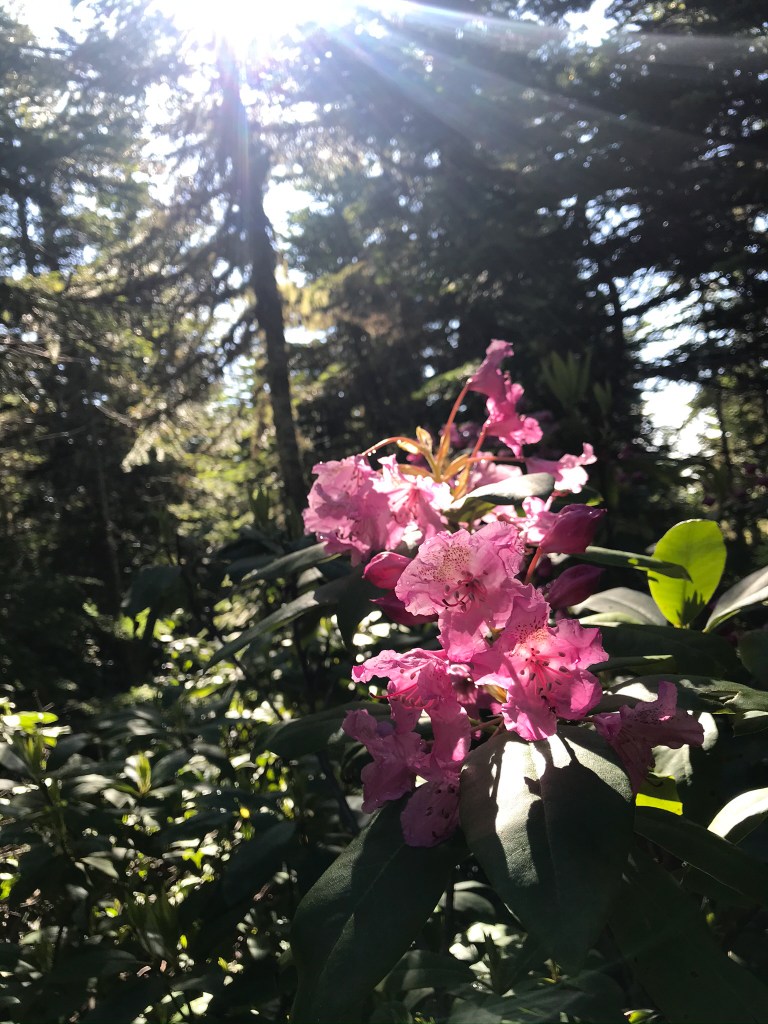 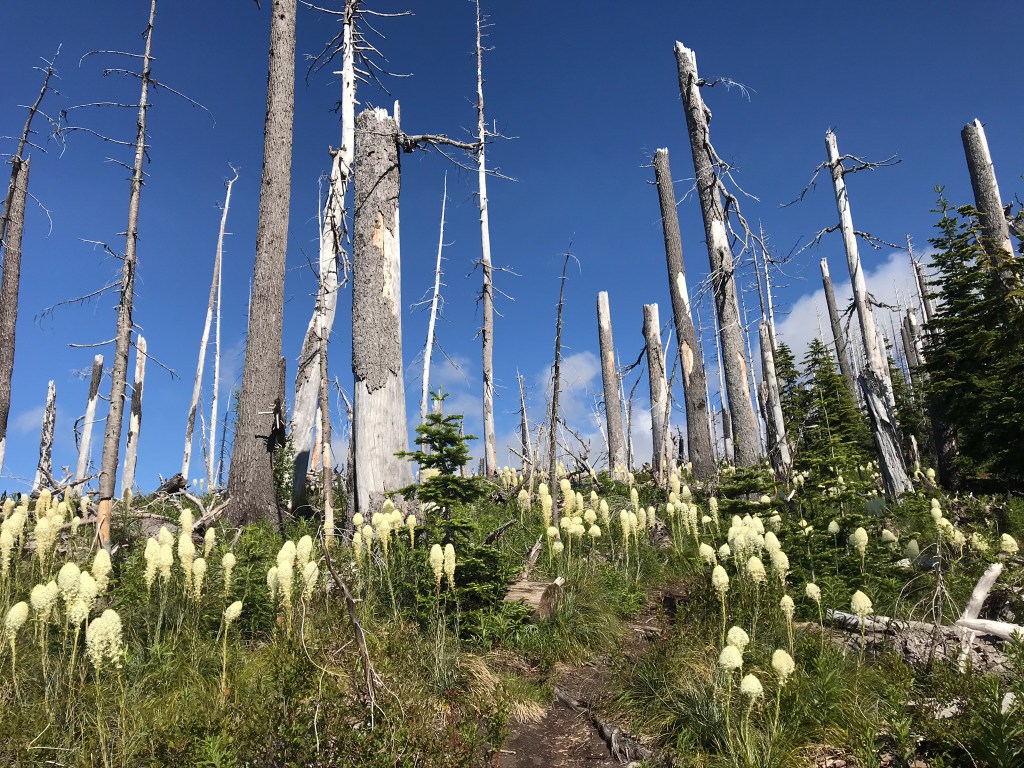 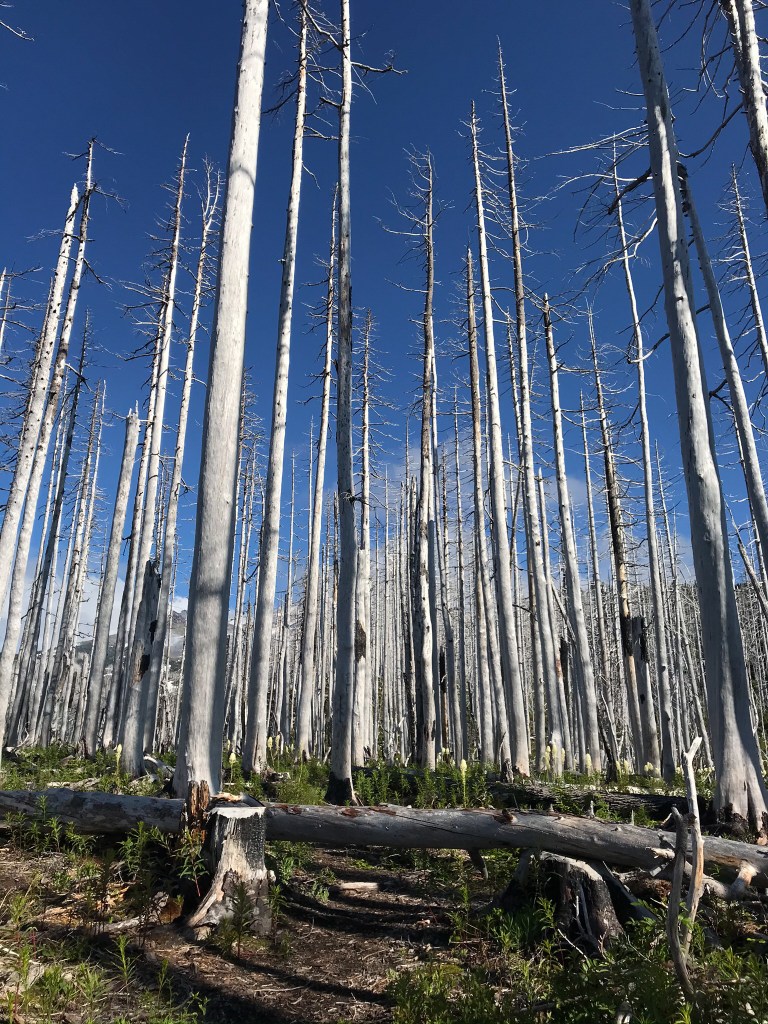 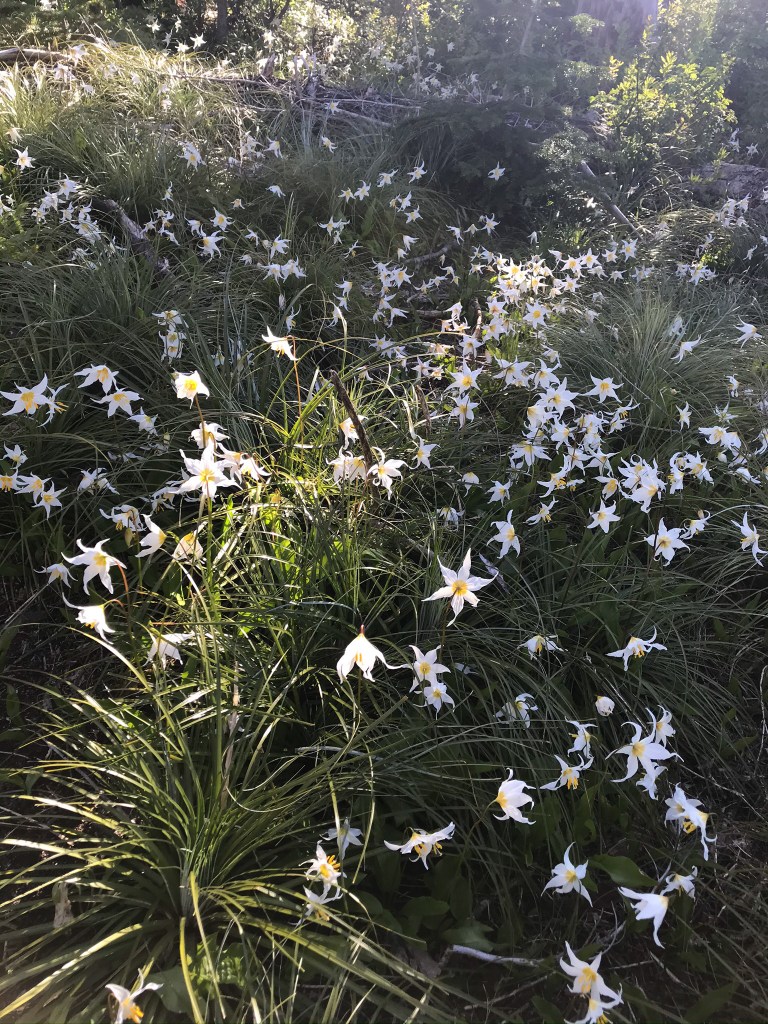 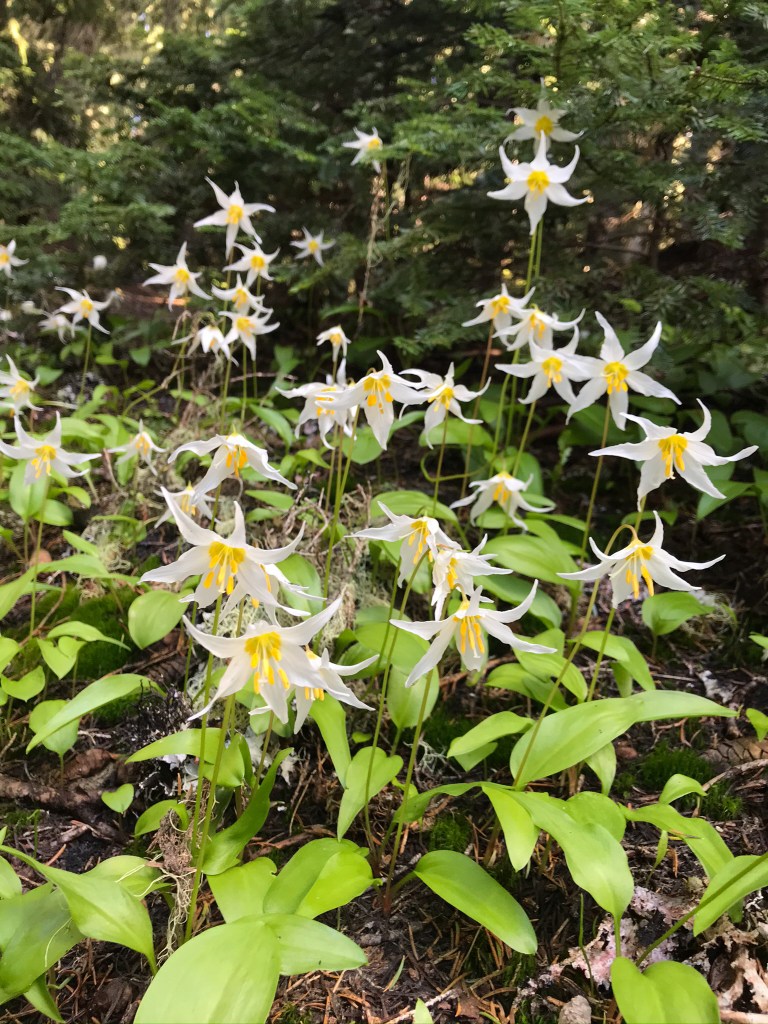 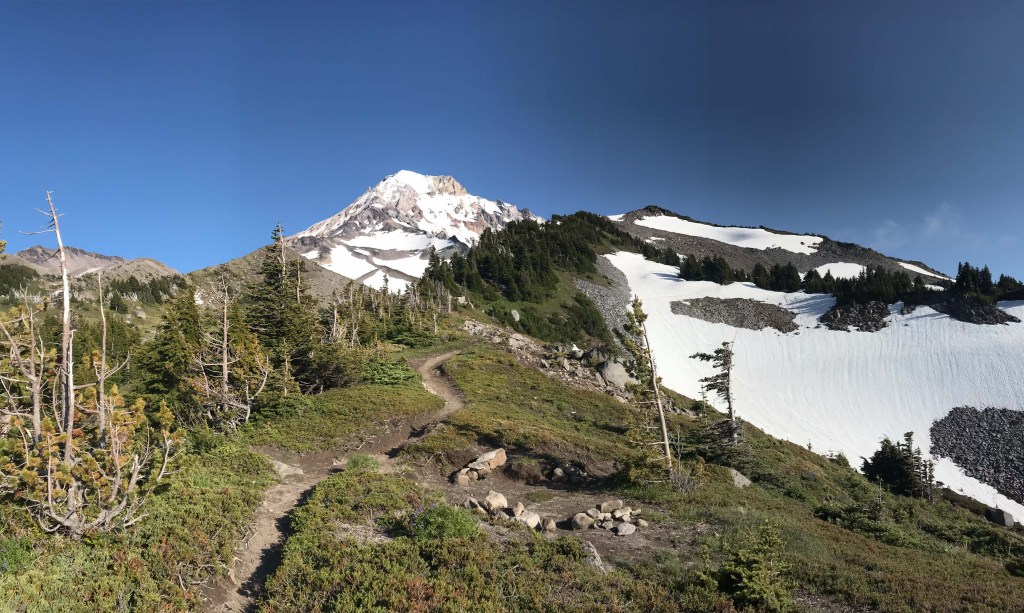 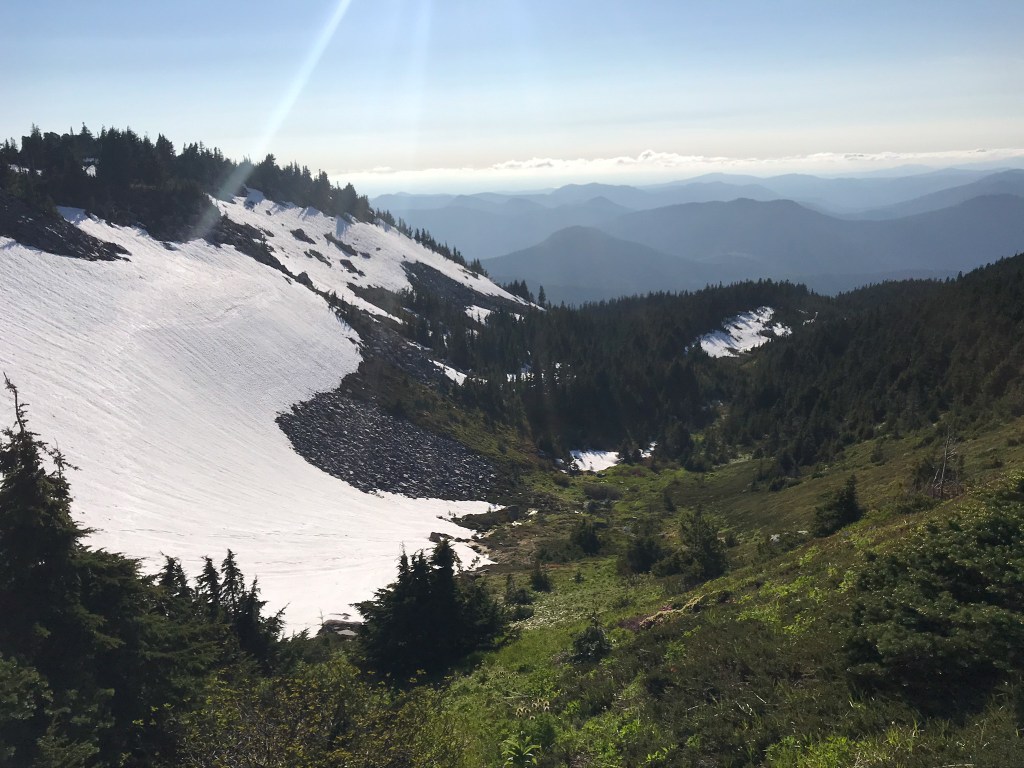 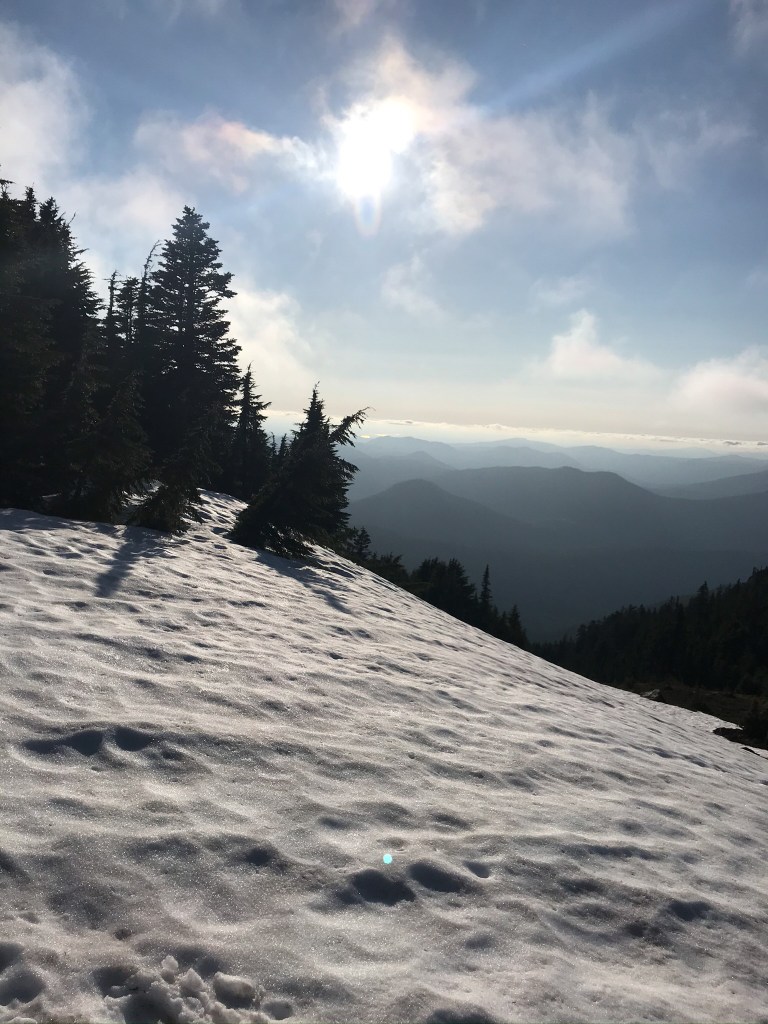 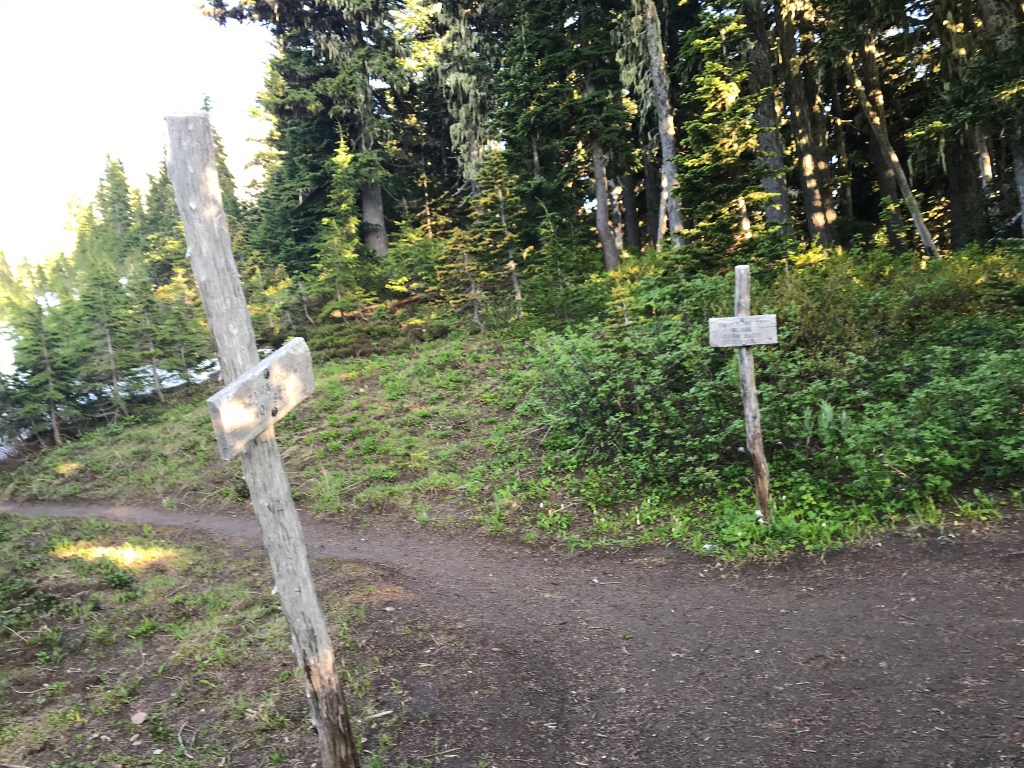 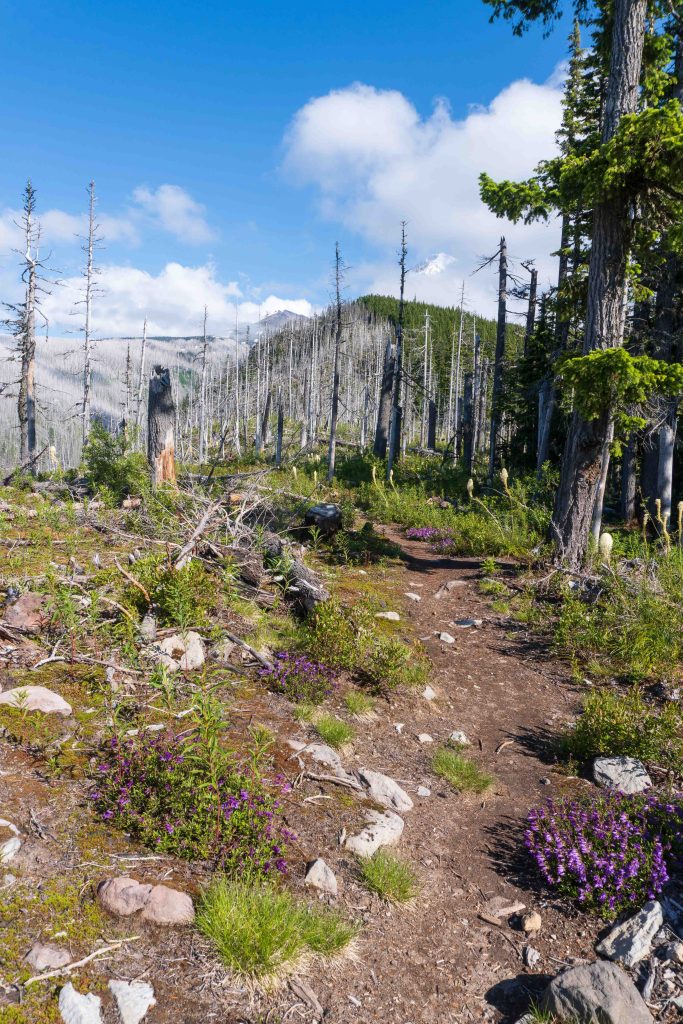 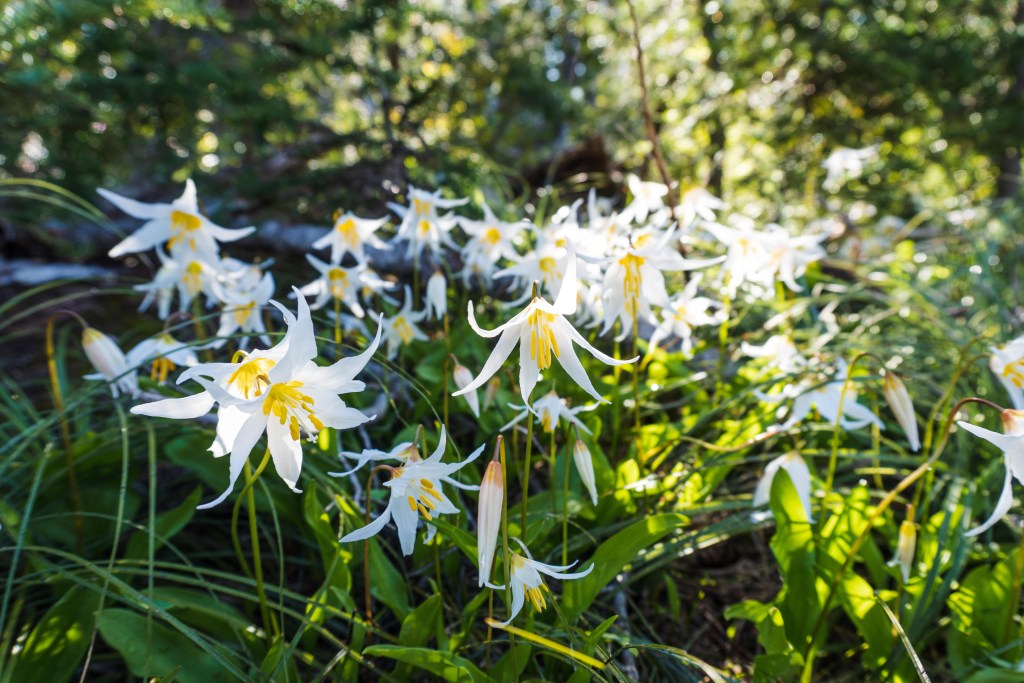 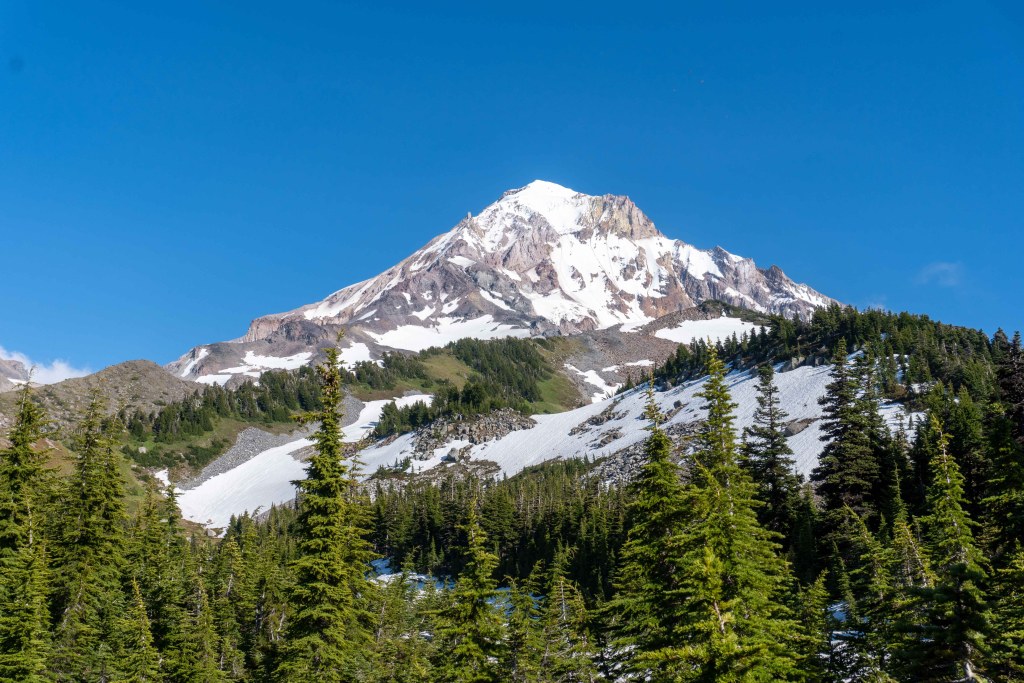 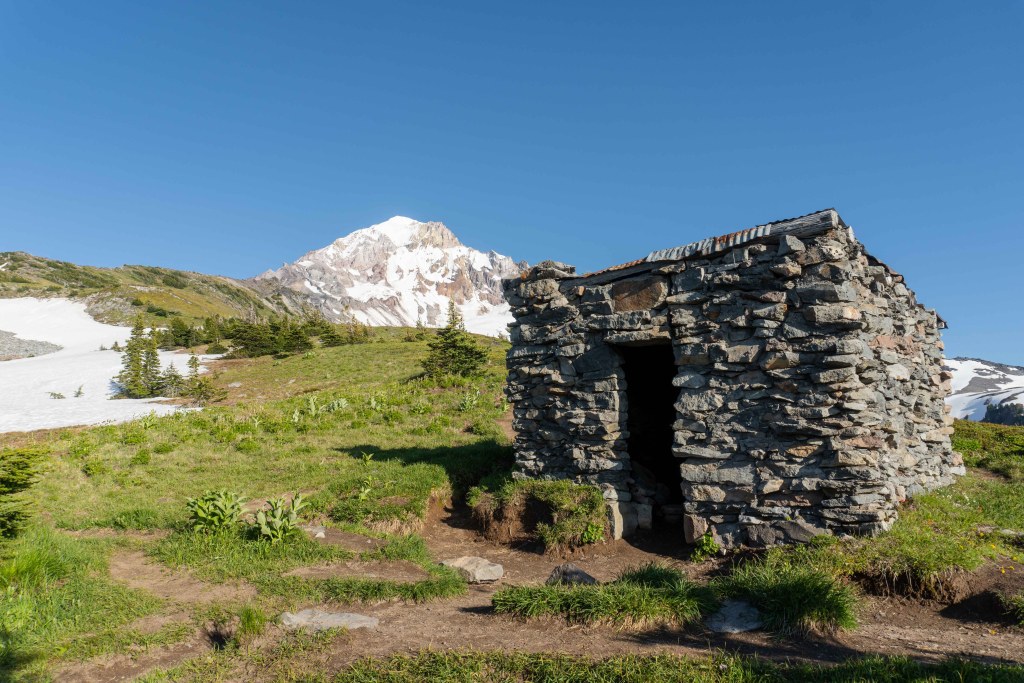 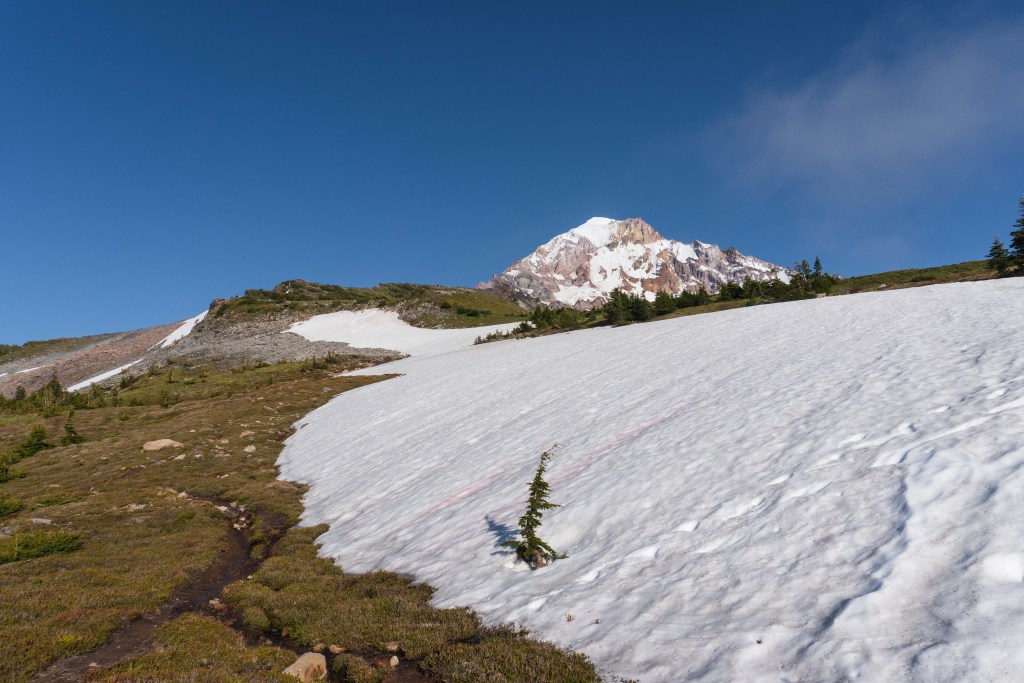 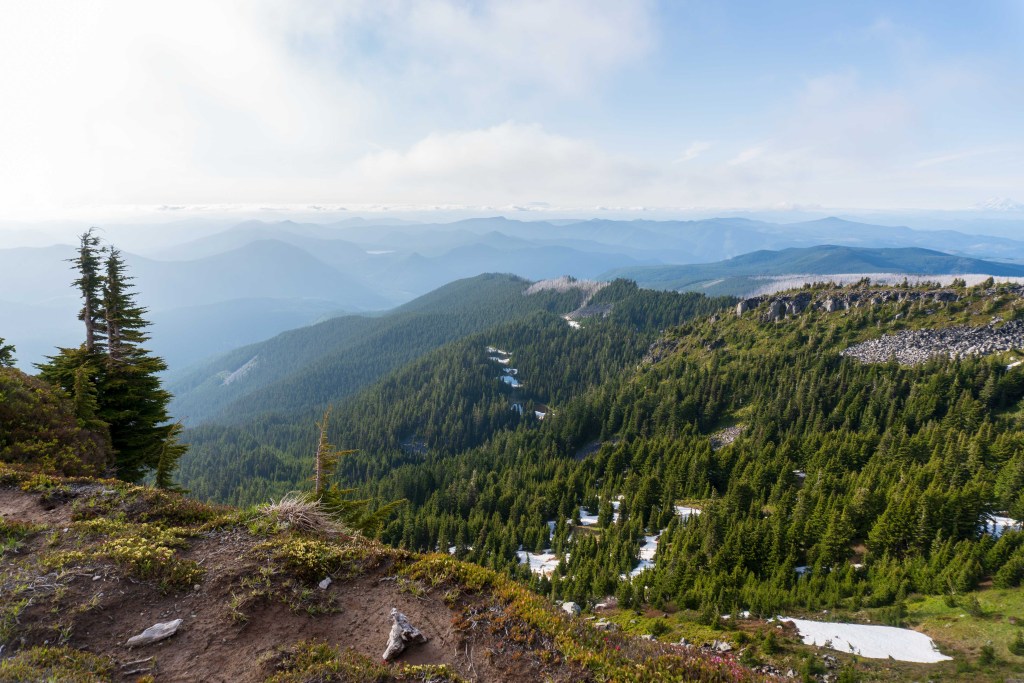 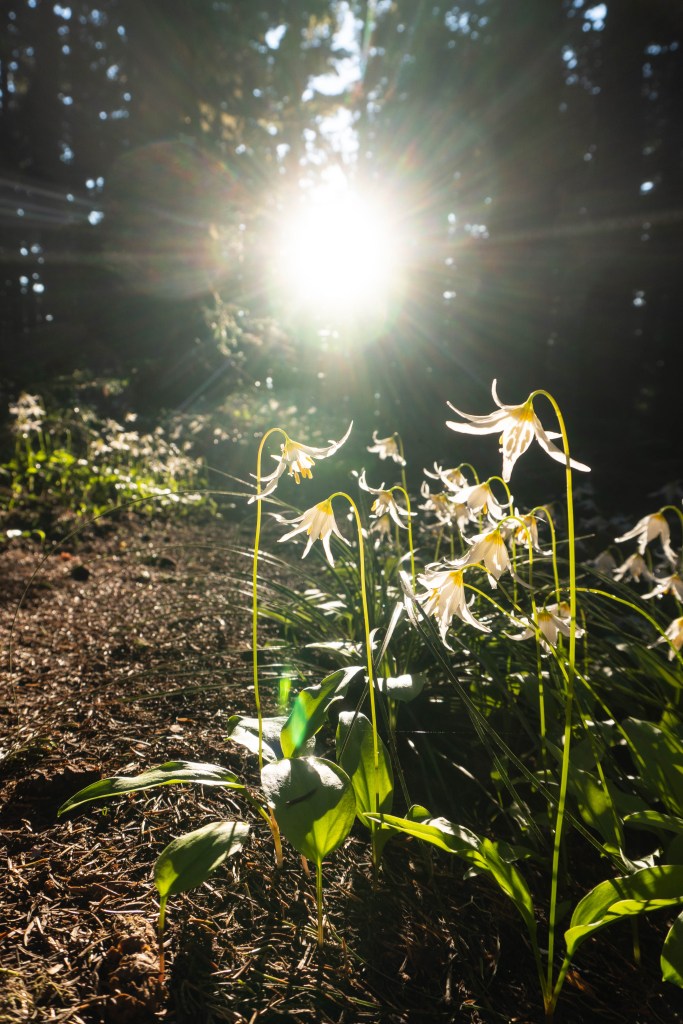 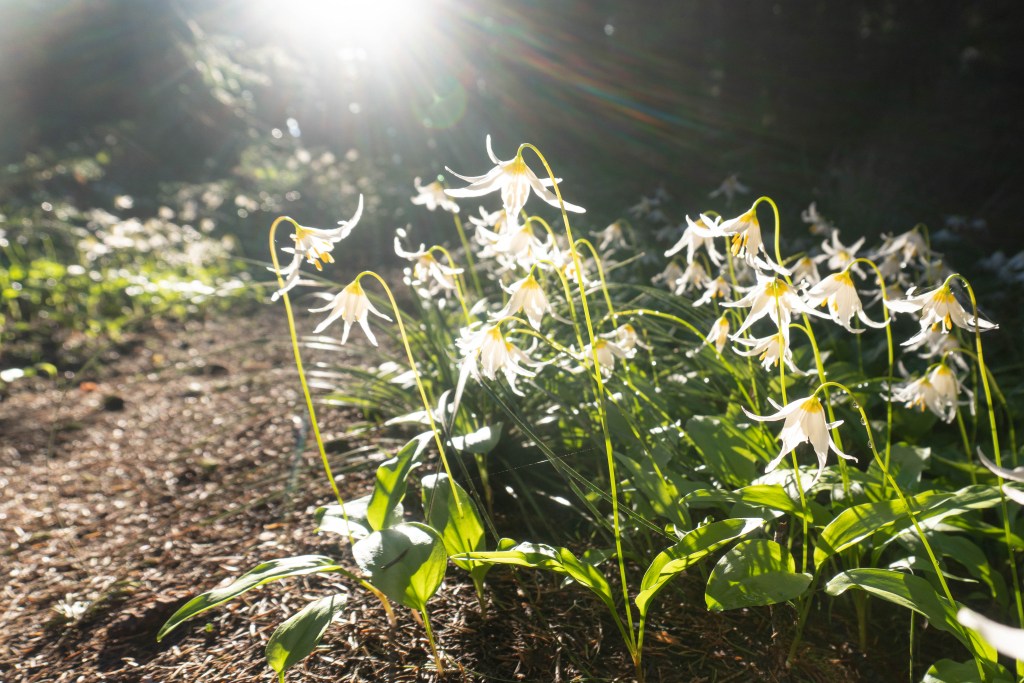 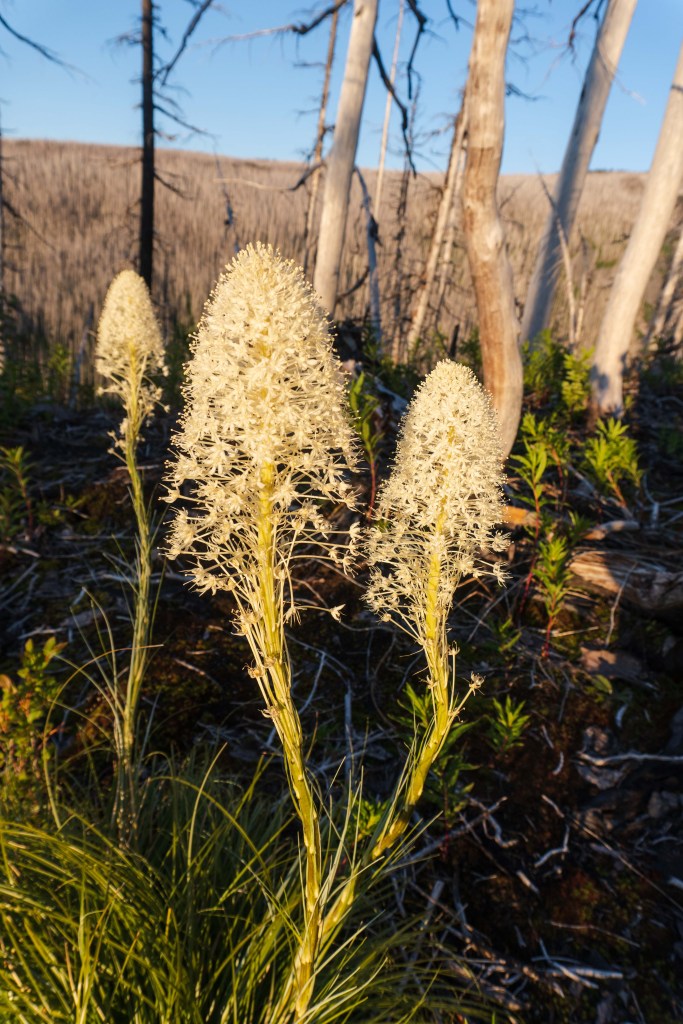 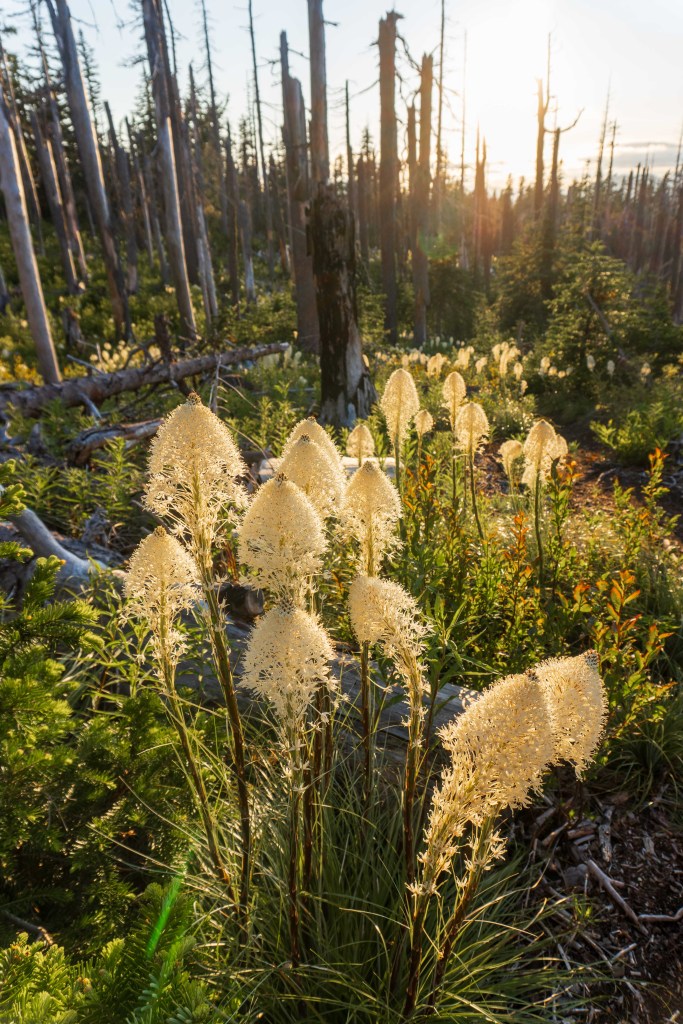 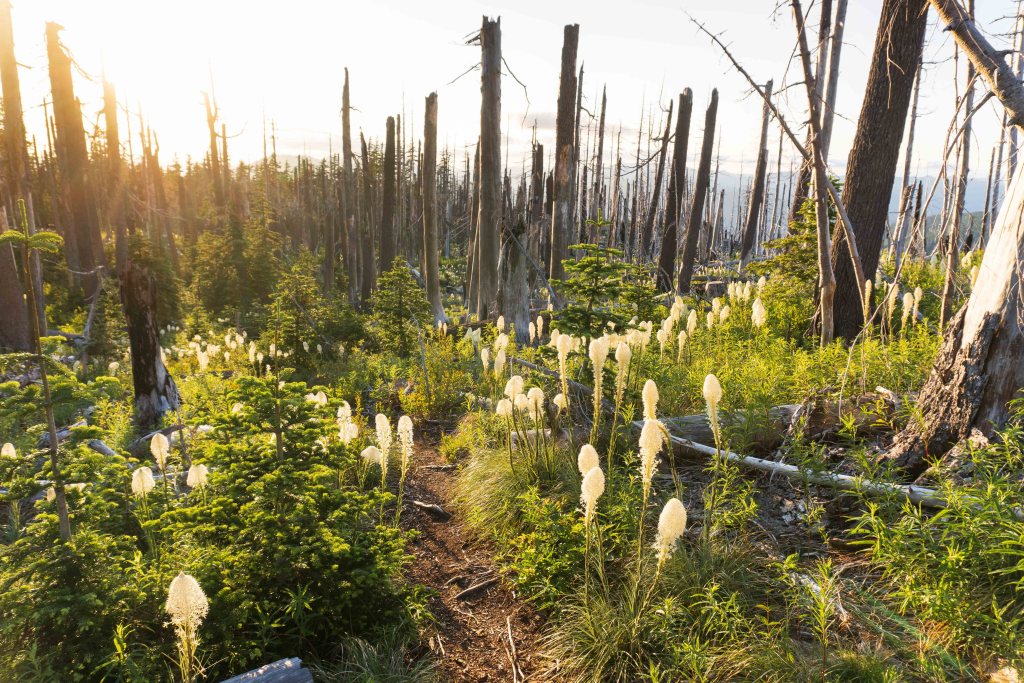 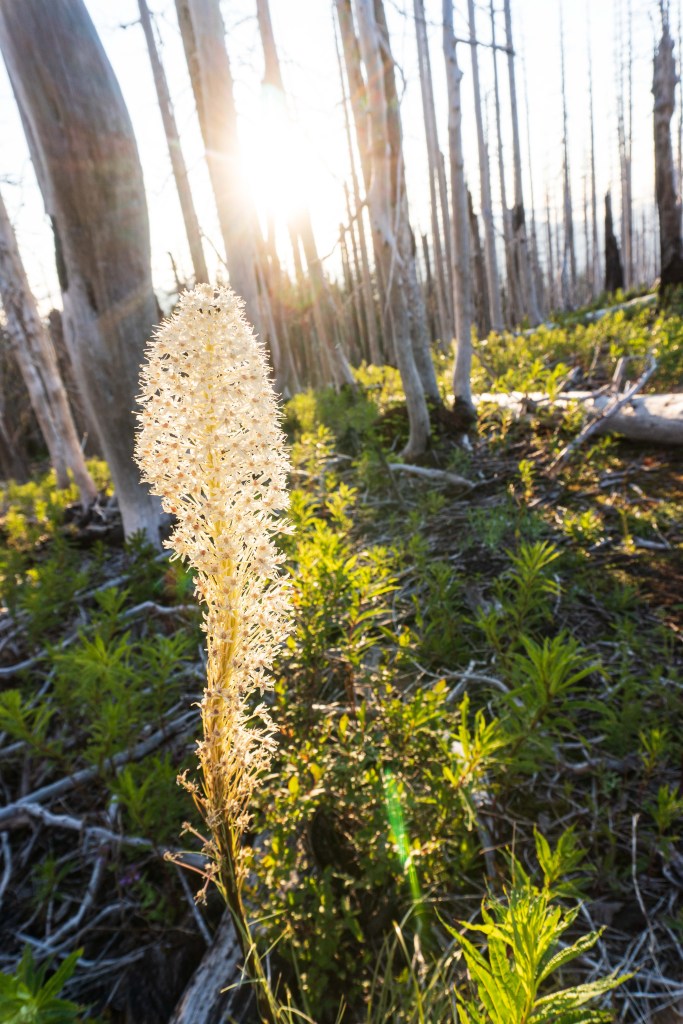