Crater Rim in the Clouds

After abandoning an August summit opportunity due to the weather and being inside from the fires, I snagged another Mt. St Helens permit last minute, and set out for a summit.

I’ve been up a handful of times before, but this one was completely different. I started in the dark, and a thick, silent cloud hung over the slopes of the mountain after emerging into the boulder strewn slopes beyond the forest. The mist was so thick with moisture that my headlamp light seemed to bounce back and forth between the droplets suspended in the air, glowing, but illuminating little ahead of me. I was glad to have known the way as navigating by sight beyond a few feet was out. At some point the cloud around me began to glow softly, signaling the sunrise. On the final slope up, I could see some blue sky poking through, and for an instant when I climbed up onto the rim the clouds unmasked and I could see out over to Mt Adams, and over the thick, dense cloud blanketing the landscape. Shortly after the cloud returned, and I stayed on the rim hoping for the views to open back up, but eventually my hands became numb and I started my descent. About 800 feet down, sun started to hit the slopes and clouds started to peel off the upper slopes, so I turned back and returned to rim for some time up there in the sun. 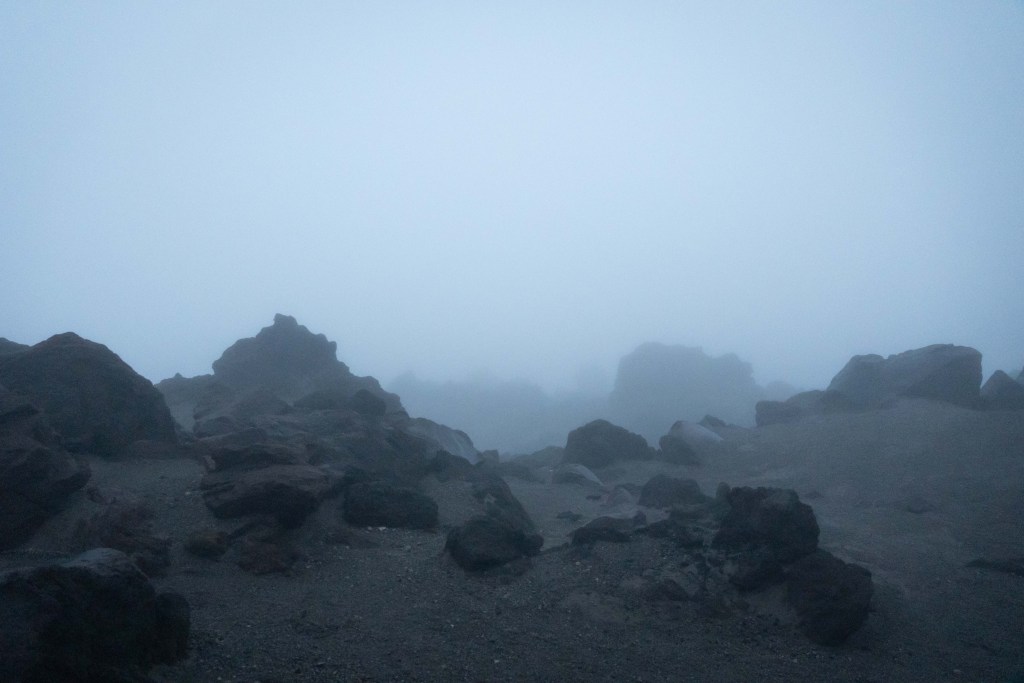 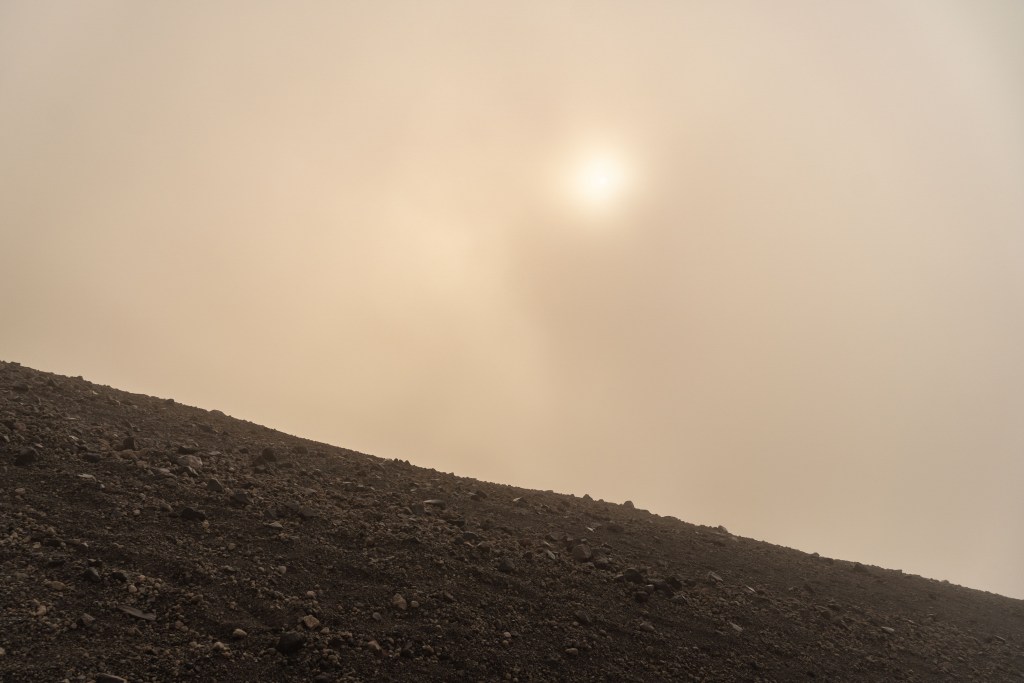 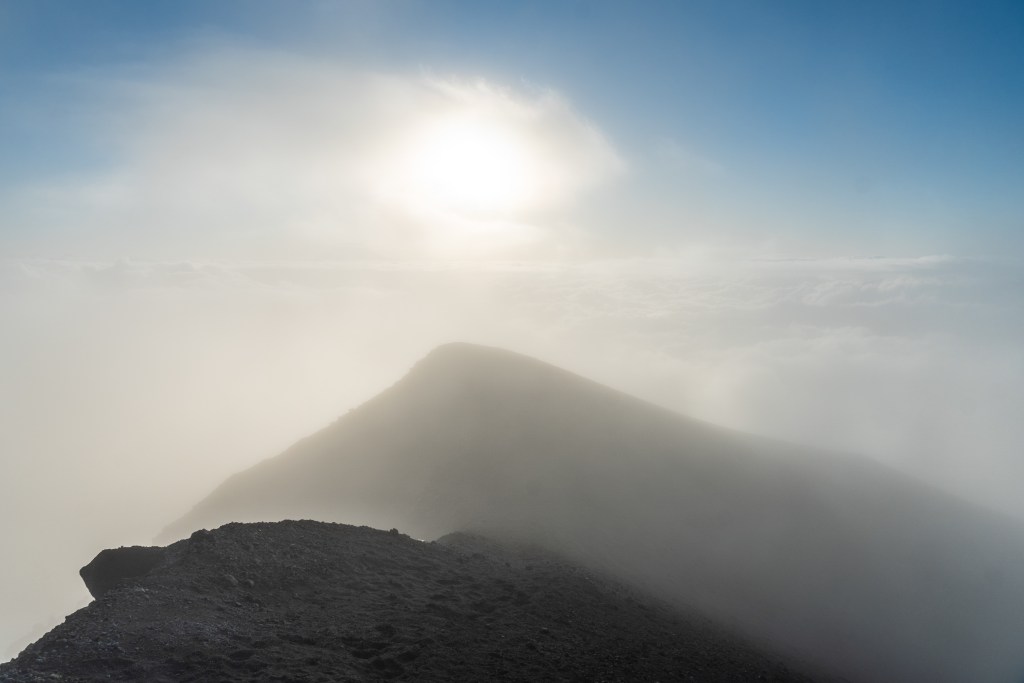 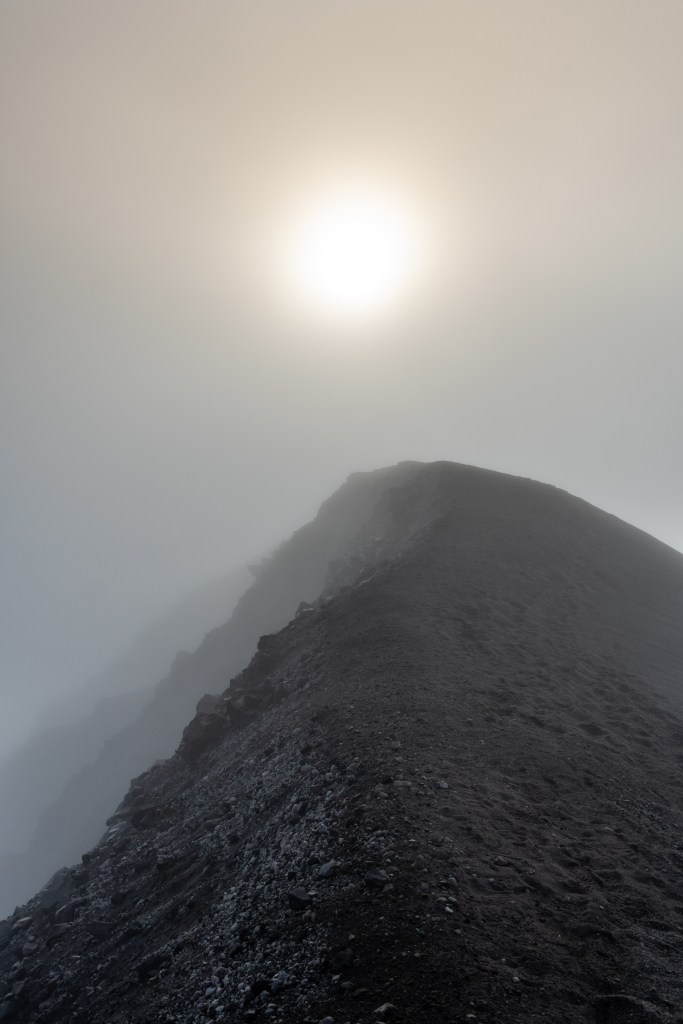 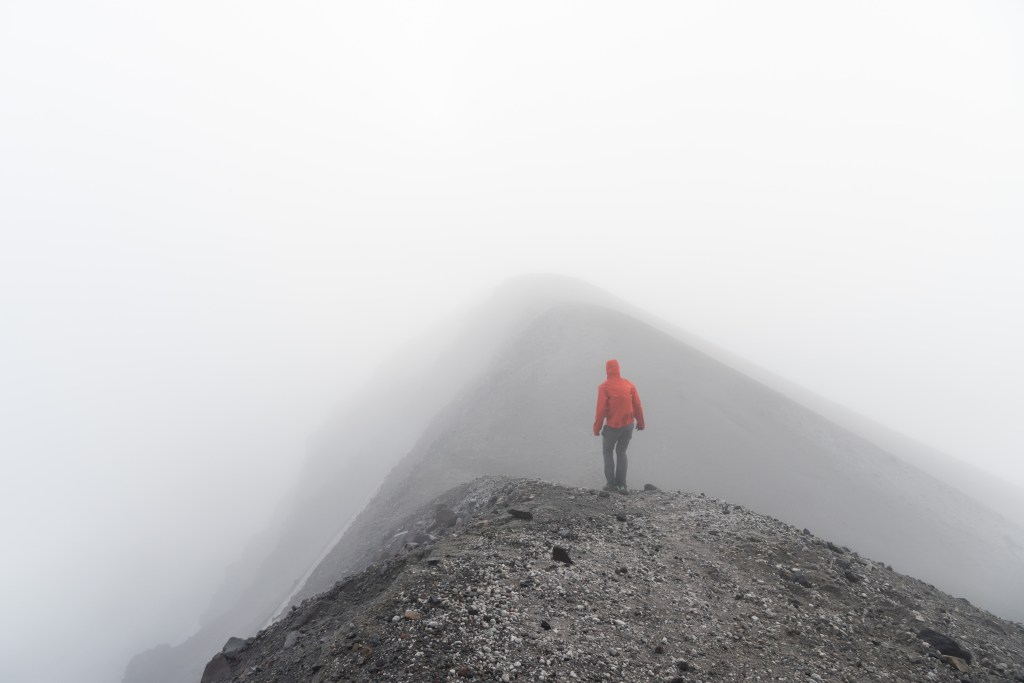 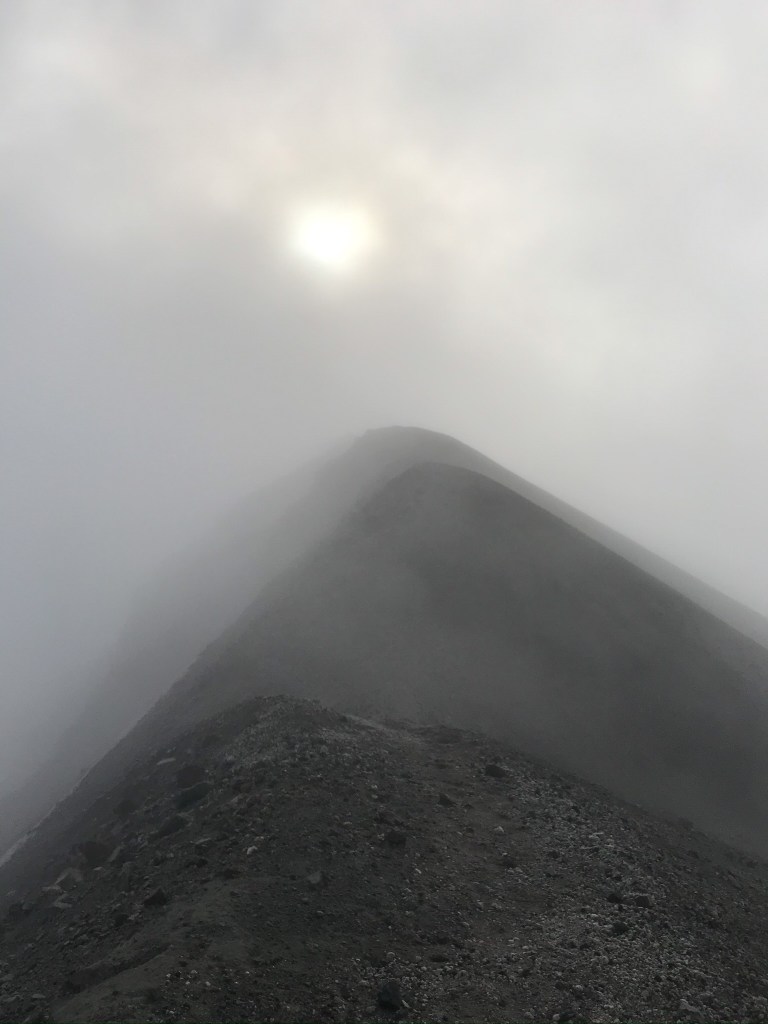 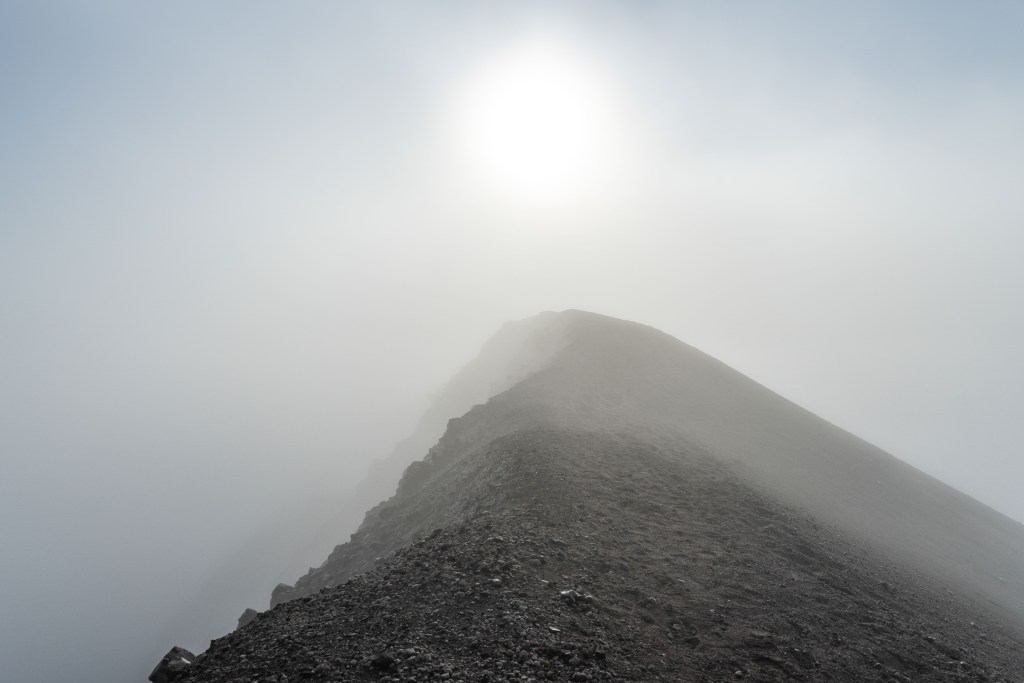 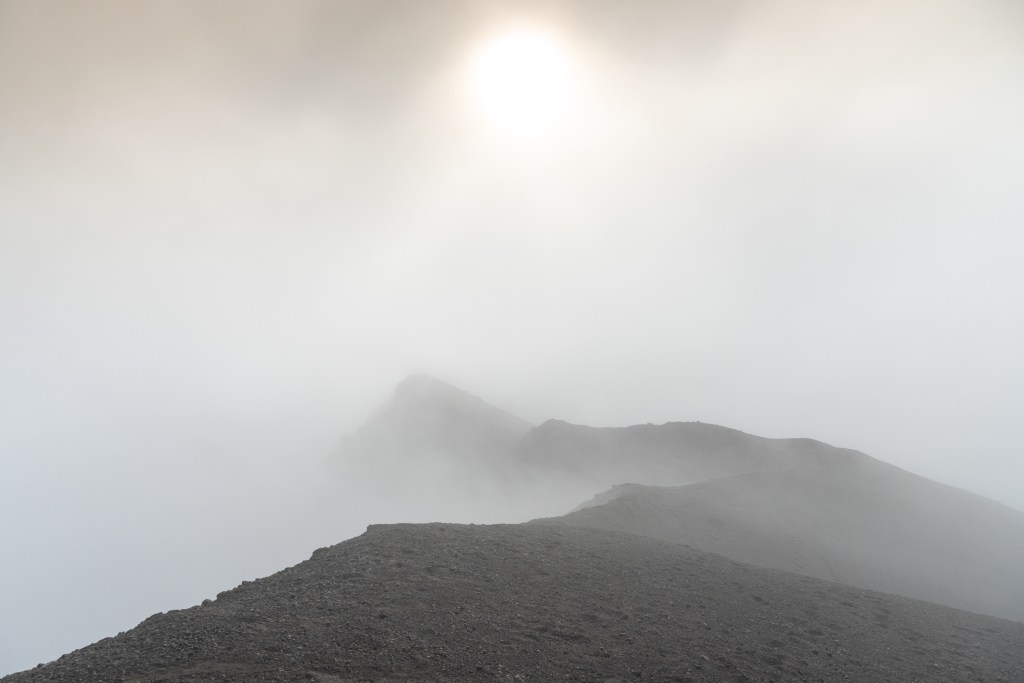 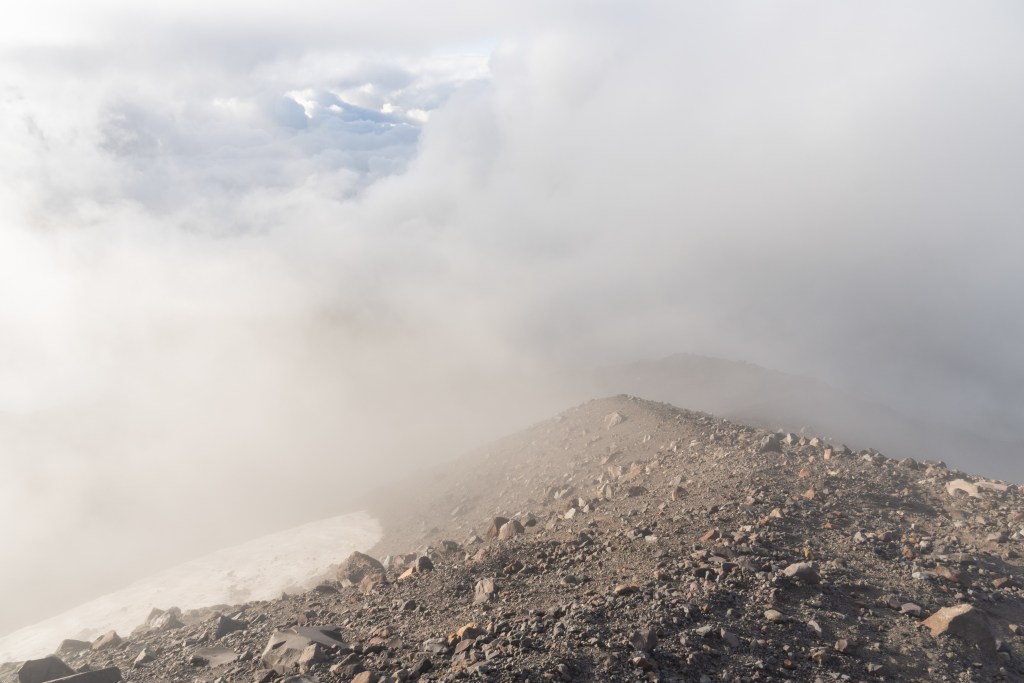 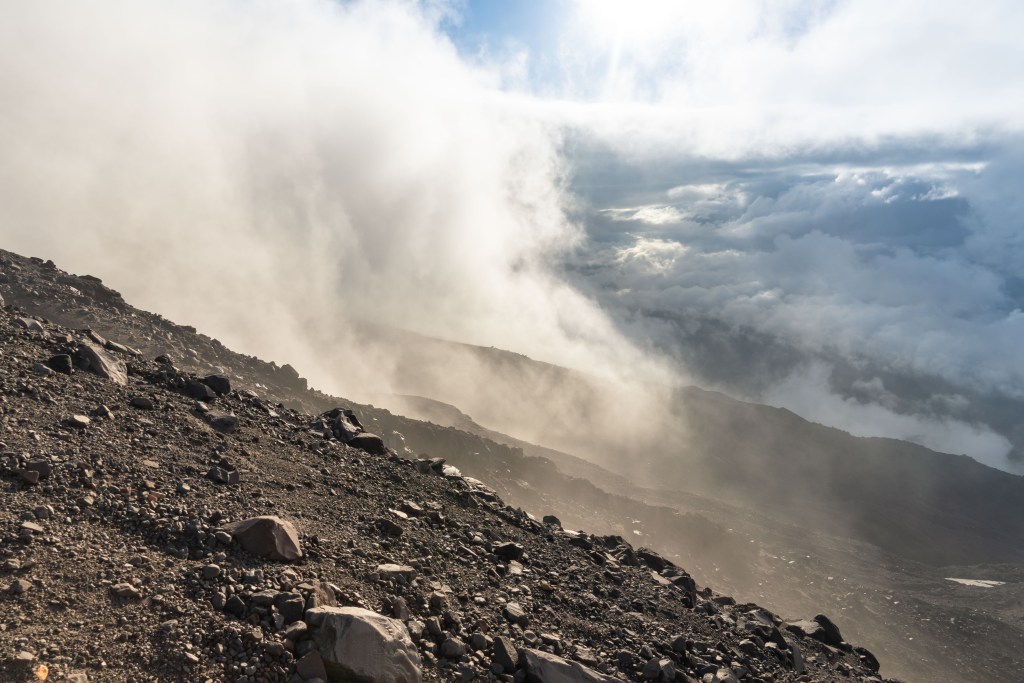 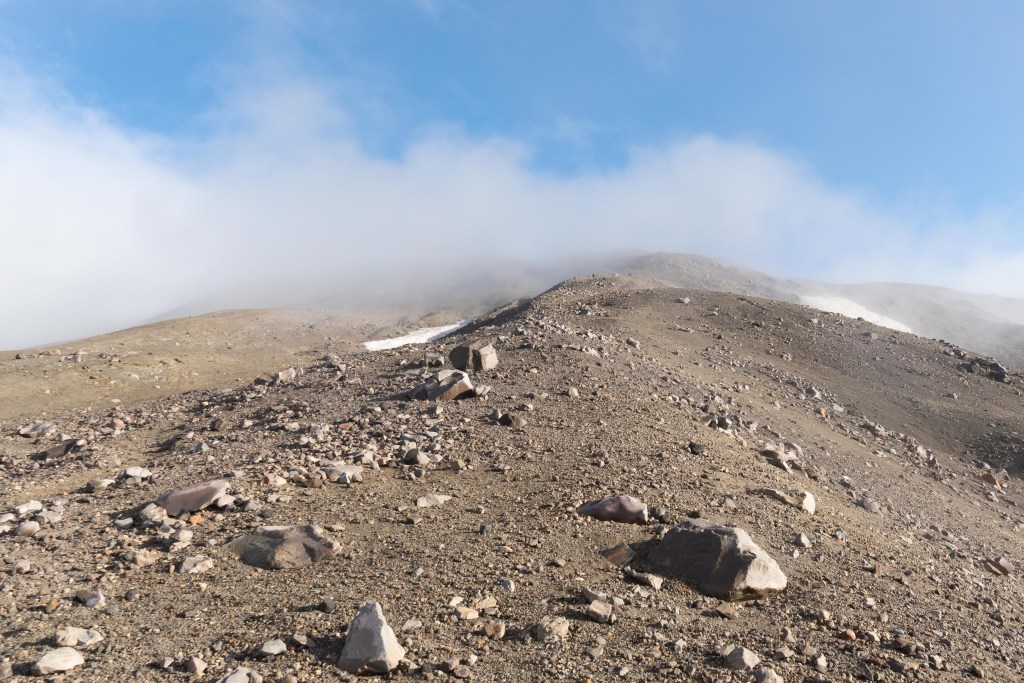 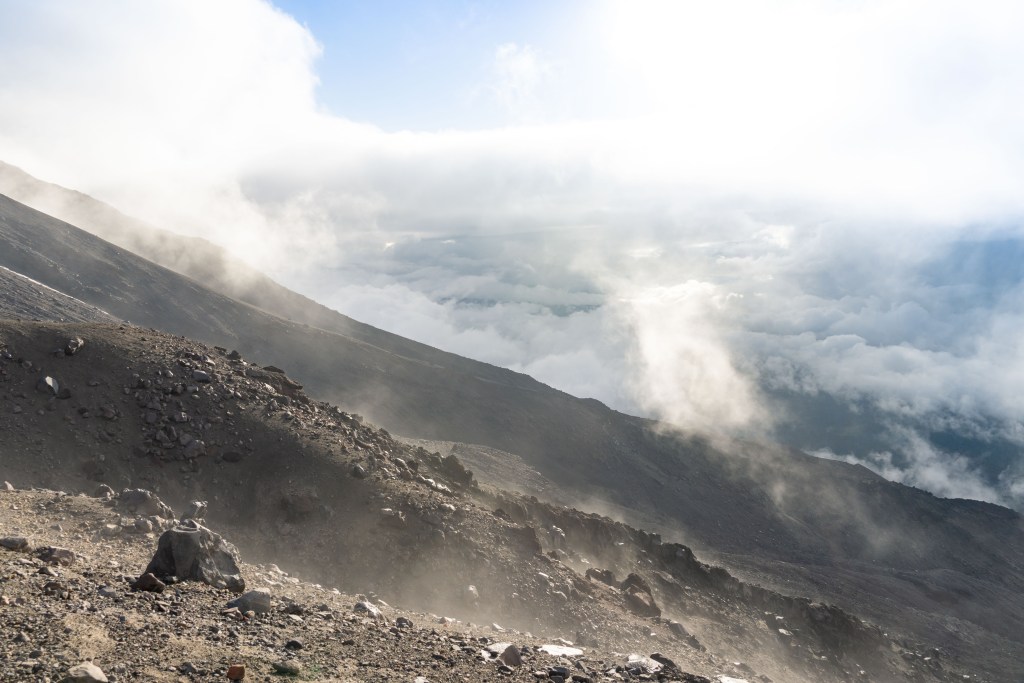 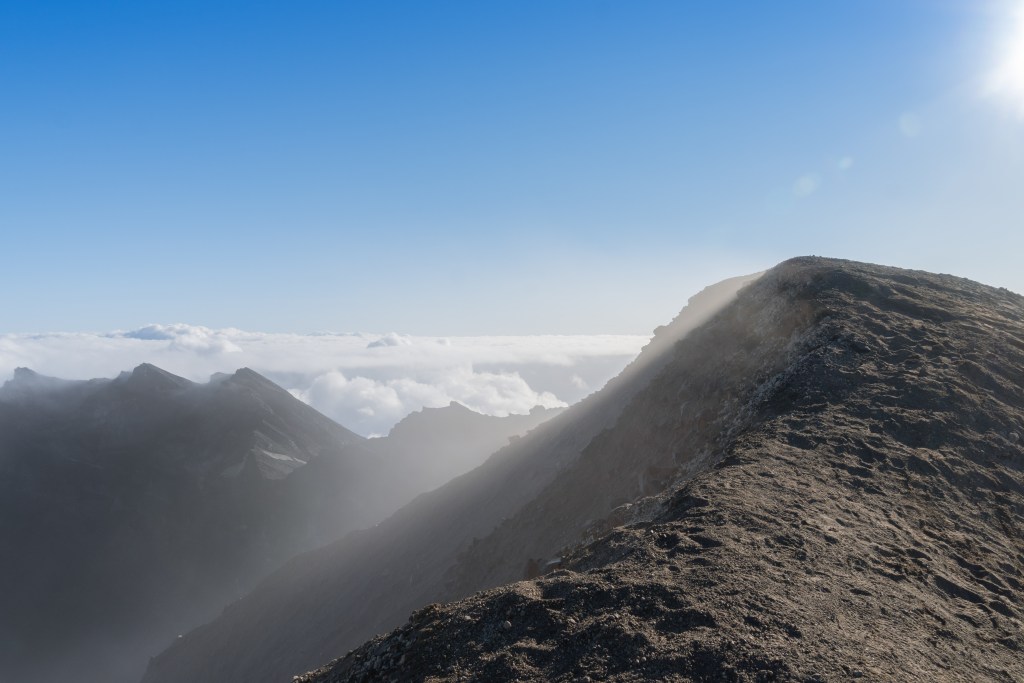 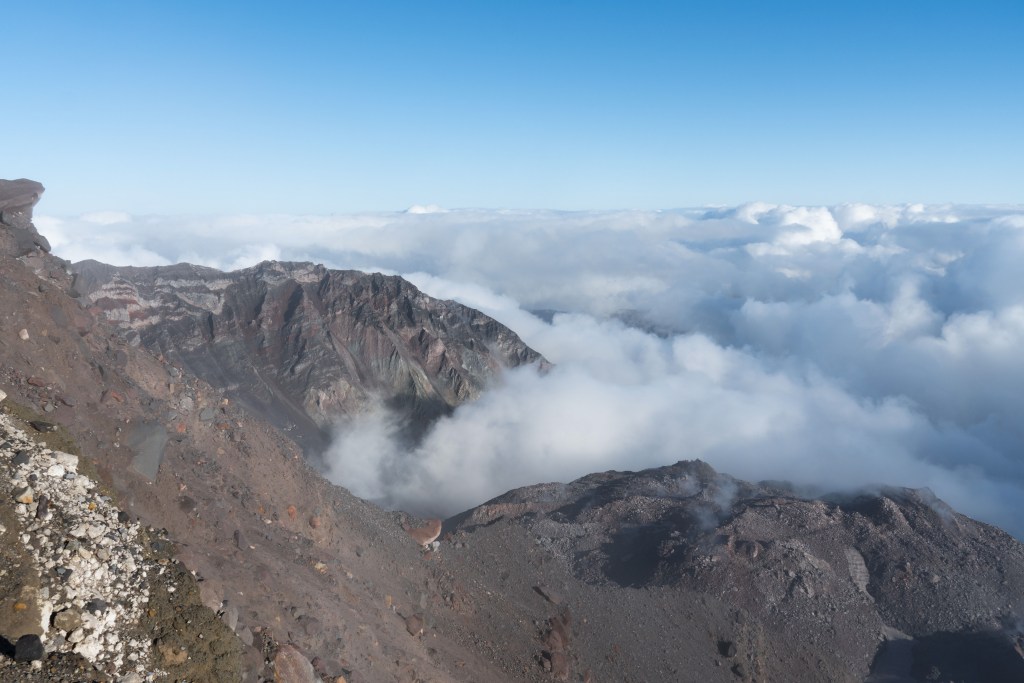 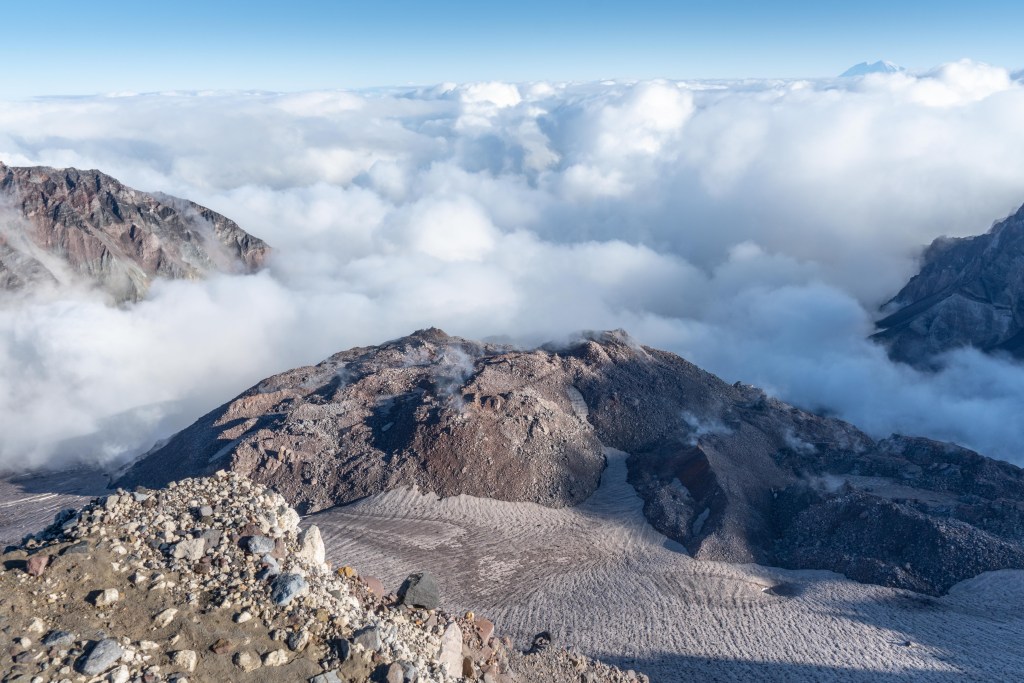 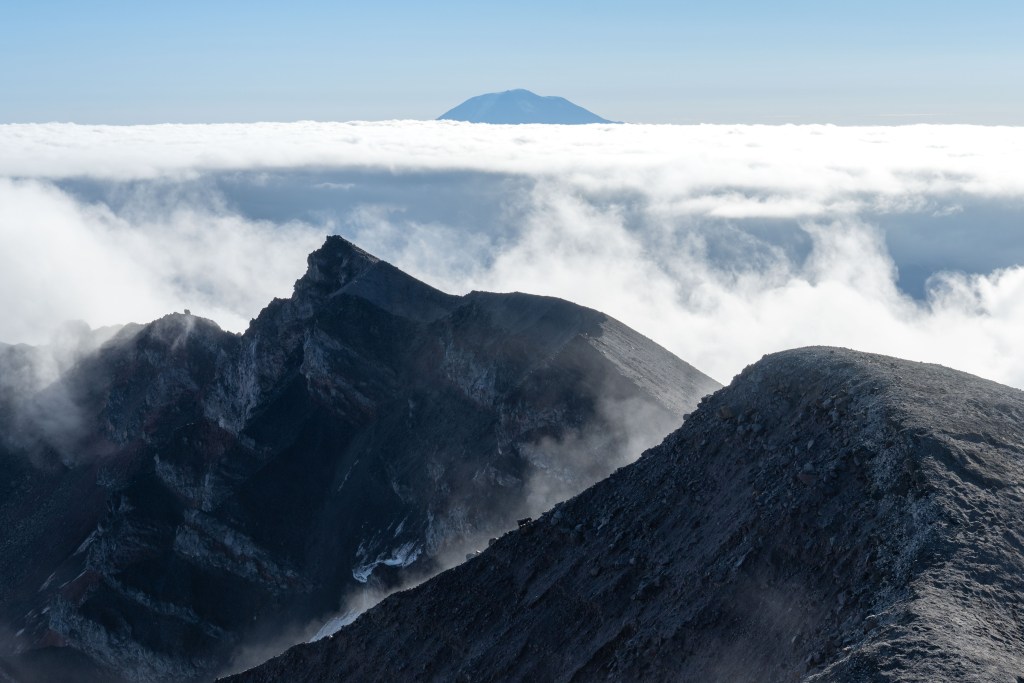 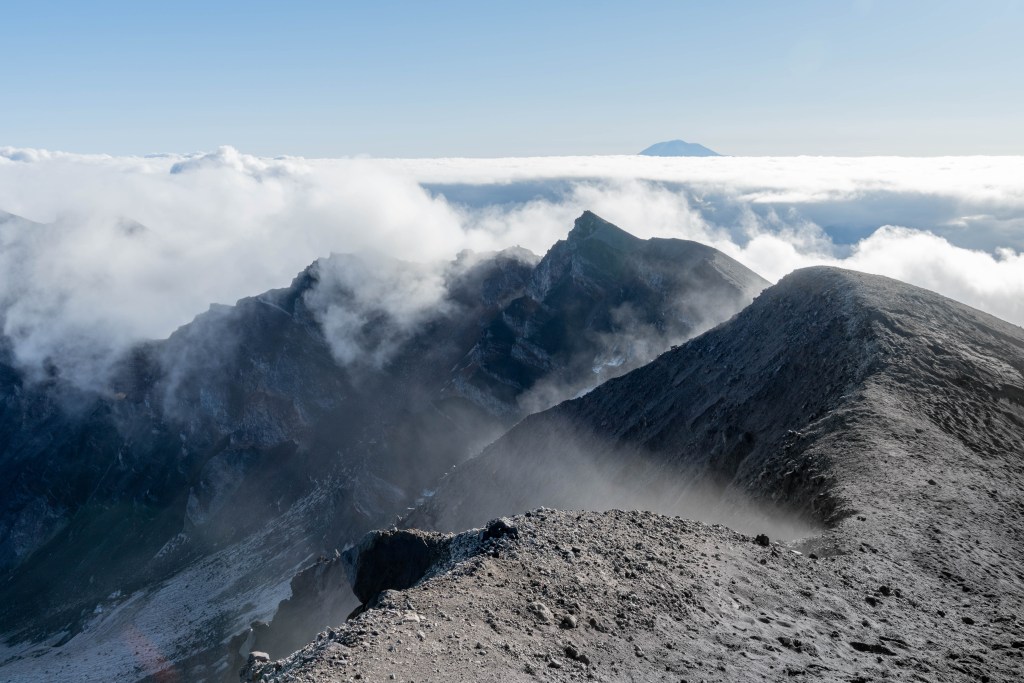 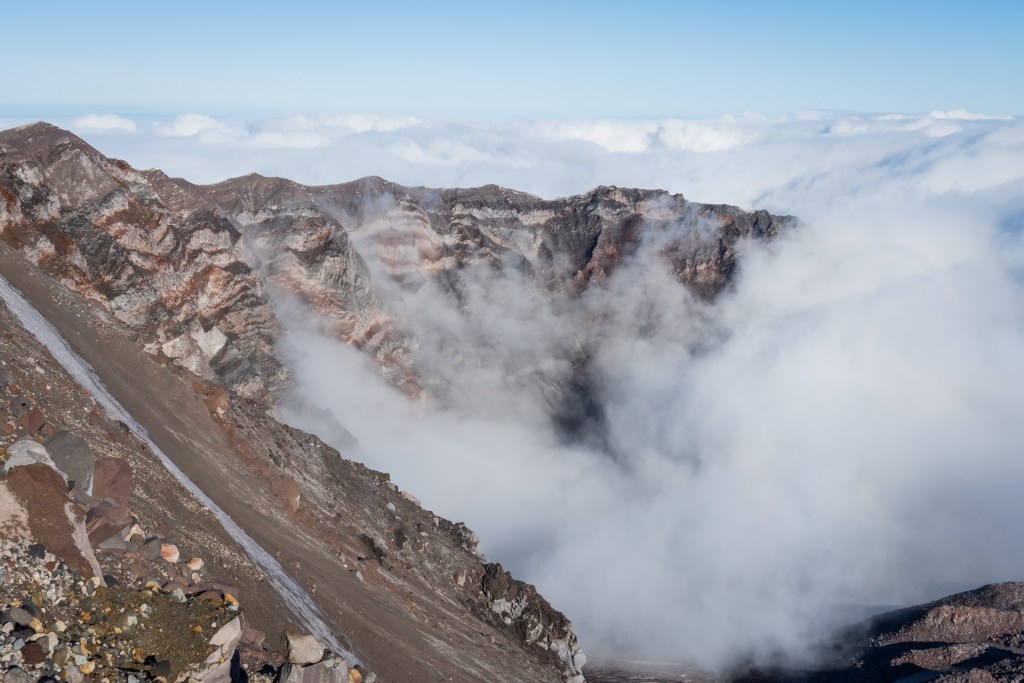 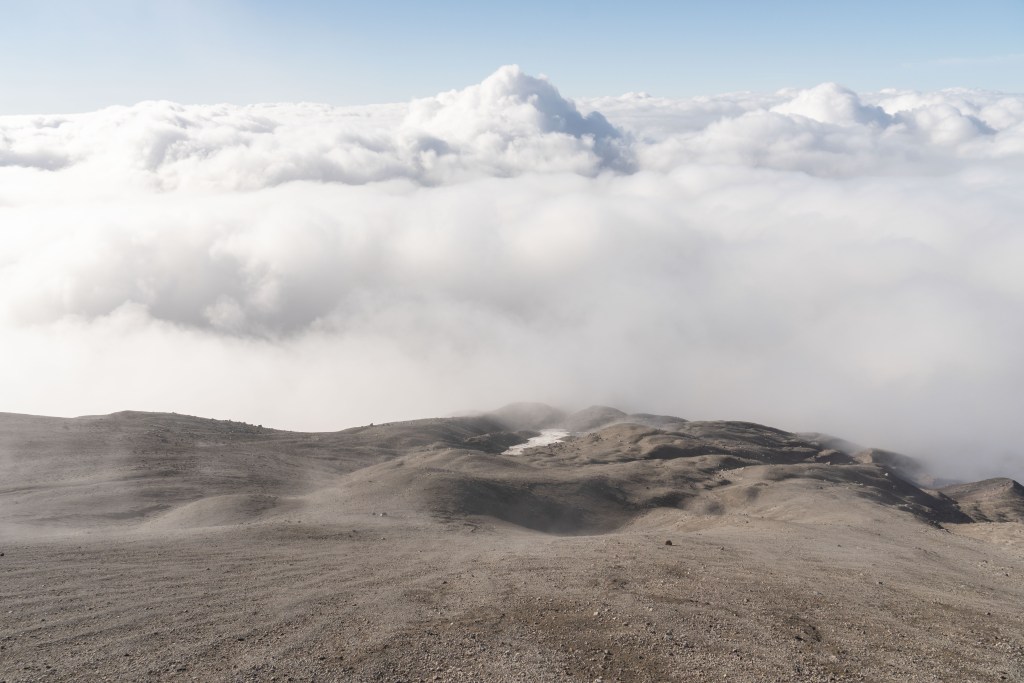 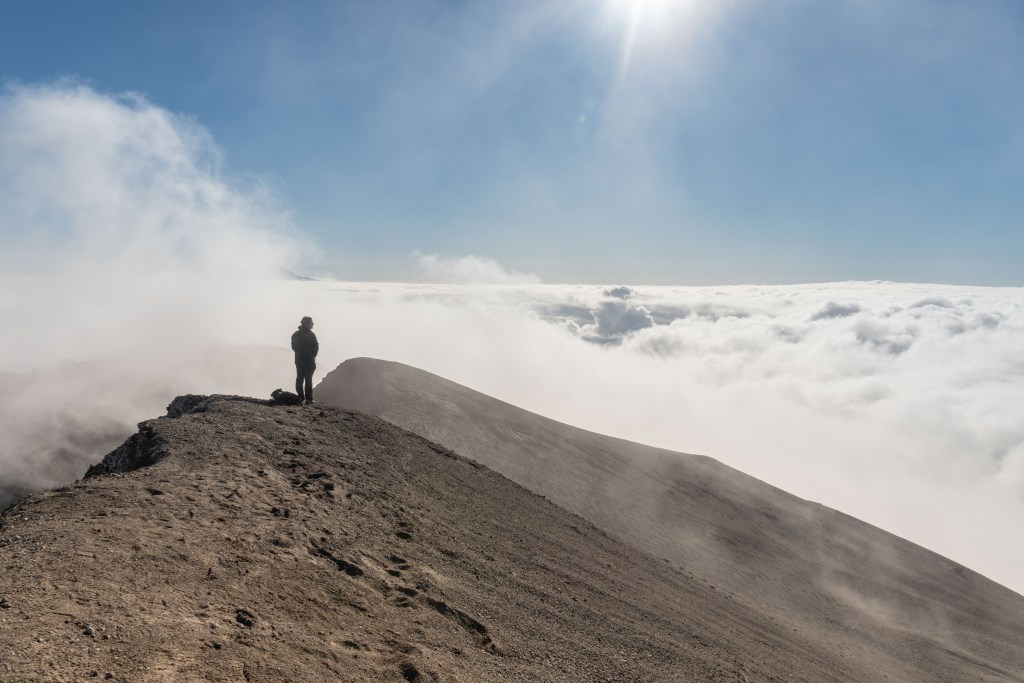 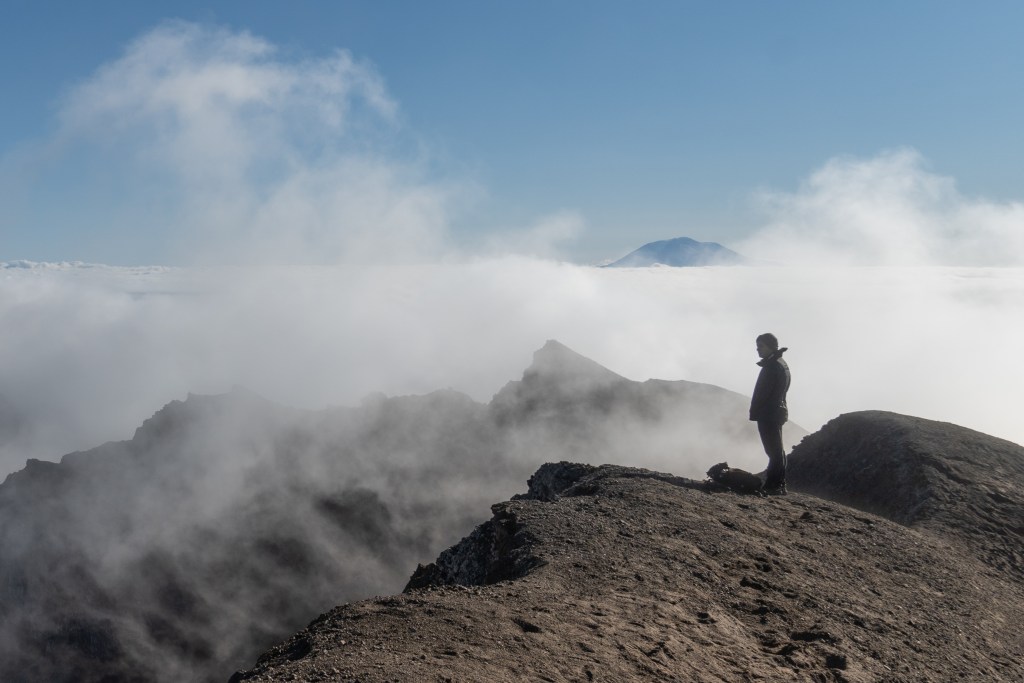 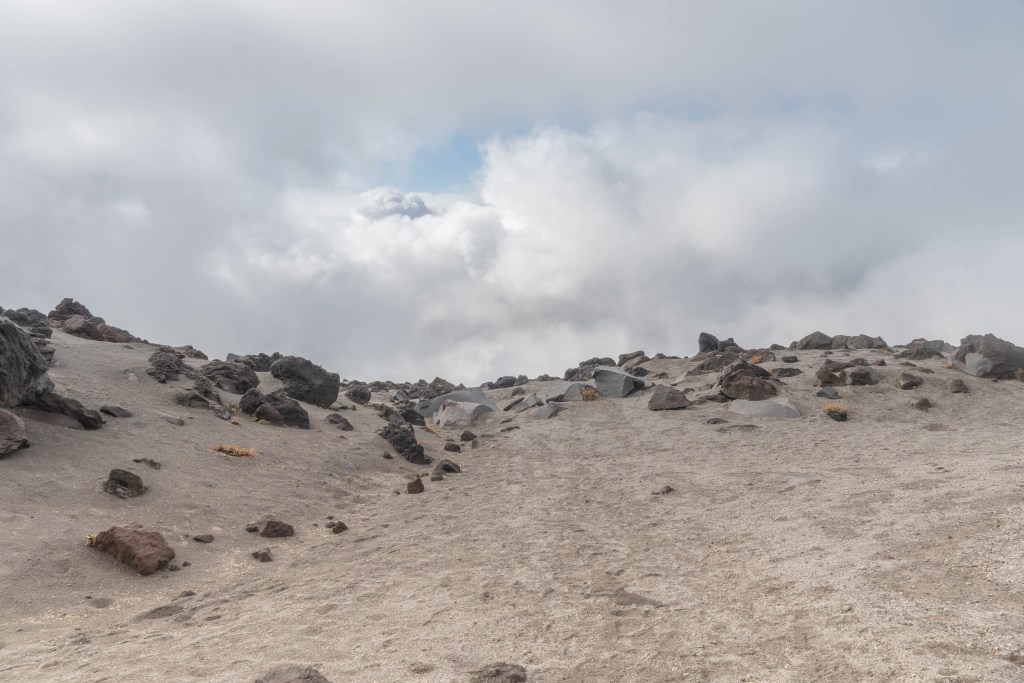 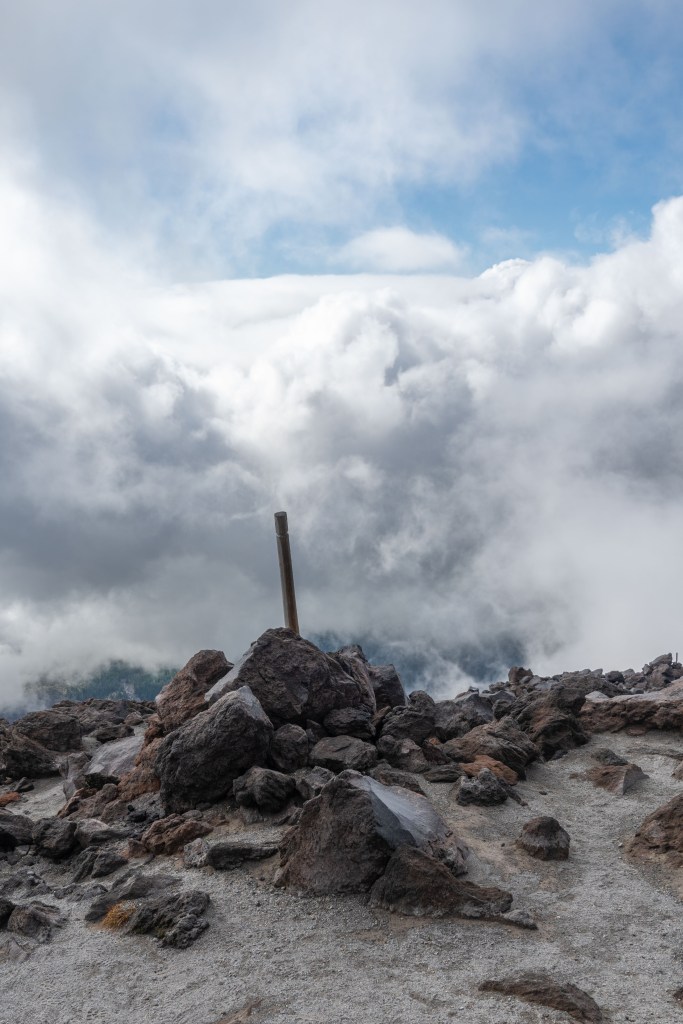 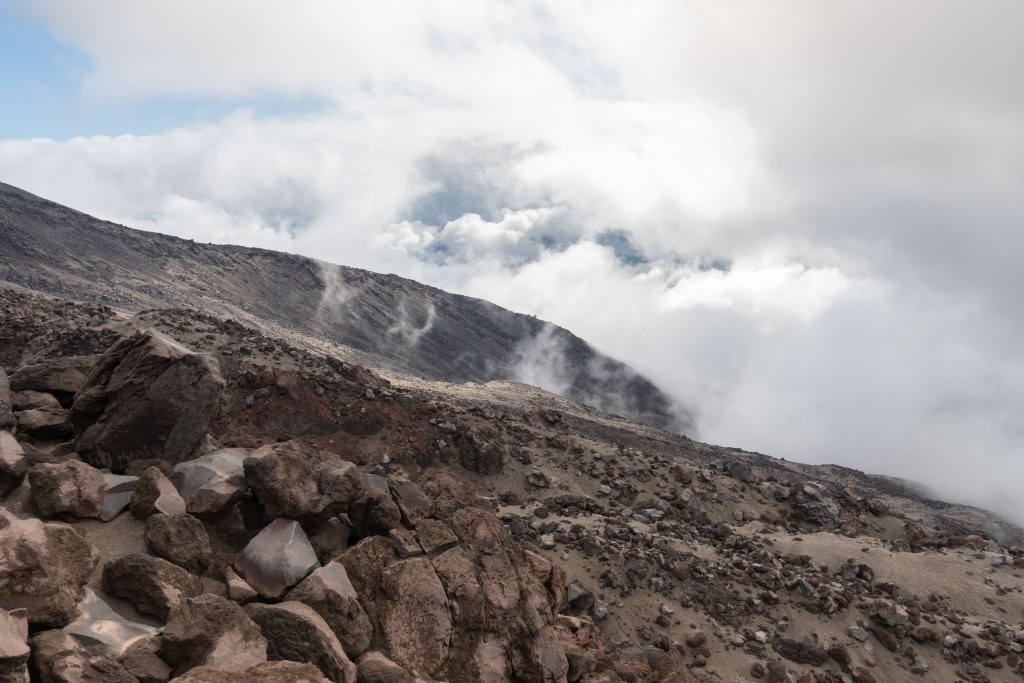 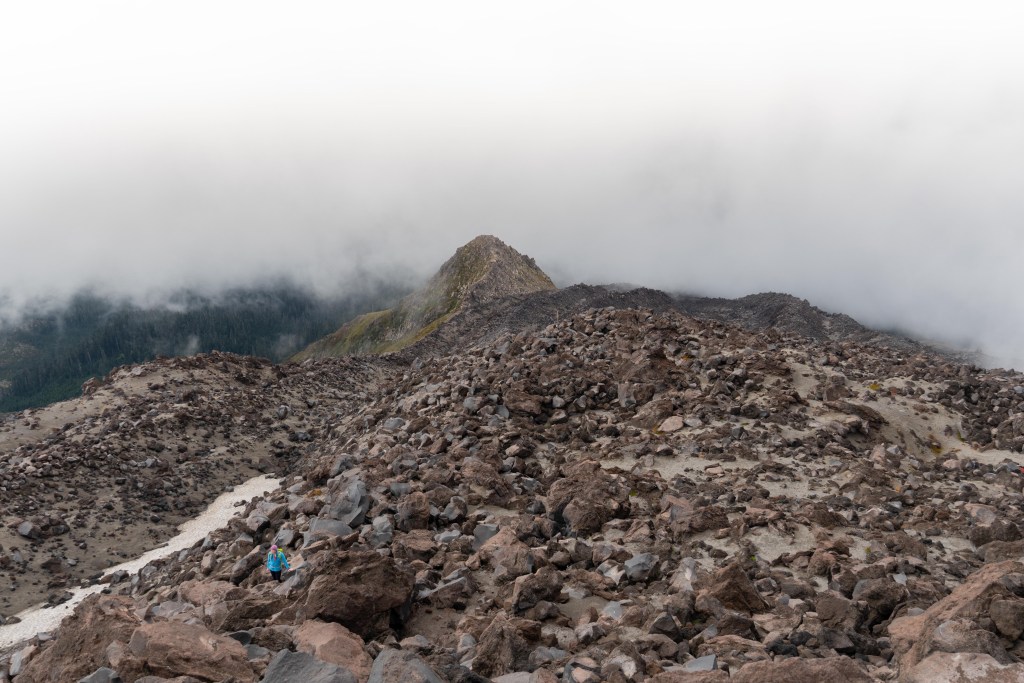