The Klickitat River flows south into the Columbia in south-central Washington, draining the areas of Mt Adams. It is a drier area, with oaks and pines dotting the hillsides. The river corridor has been an important and continuing source of Salmon for the indigenous peoples and has some interesting industrial history.  About 15 miles north of Lyle where the river meets the Columbia the Mineral Springs Campground and boat launch now exists on a flat along the river where a geological oddity has been utilized since around the beginning of the 20th century.  Mineral Springs poke up along the river, where carbonated water bubbles up from below. From 1928 to 1957 a factory existed here to capture the carbon dioxide and compress it into Dry Ice. Scattered along the river in the area are "wells," or large concrete caps that captured the gas from springs and piped it back to the ice house.  Some of these still remain, while others have been toppled by floods. From the highway one of these was visible bubbling across the river, and was accessible from hiking on the Klickitat River Trail which follows an old rail bed. The Ice House still remains at the campground, left because its chimney provides a roost for Vaux's Swifts. The area is part of the Mineral Springs Wildlife Area, which extends north of the highway, and includes an amazing geologic oddity reachable by following a path from the end of the campground up to and across the road, then up and east on an old road above the existing highway. In an area of basalt rock that was exposed during the creation of the roadbed, construction workers discovered the enormous base of a petrified, intact Redwood Tree. It's an incredible reminder of the scale of the geologic history of the area and that entire forests and ecosystems grew and thrived between the lava flows that created the layers of the Columbia Plateau. 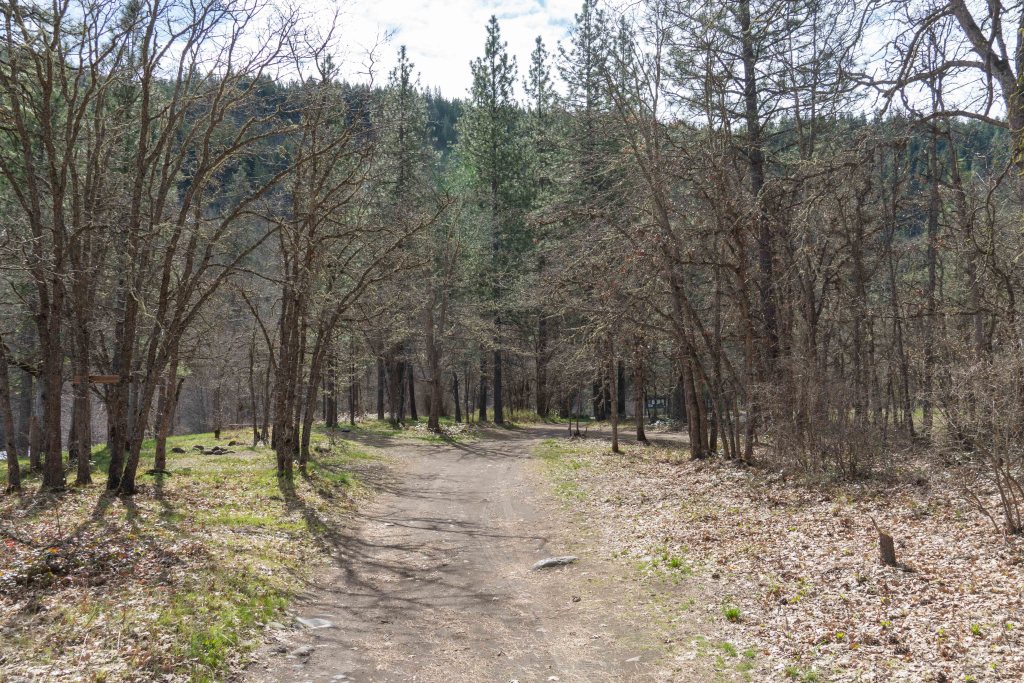 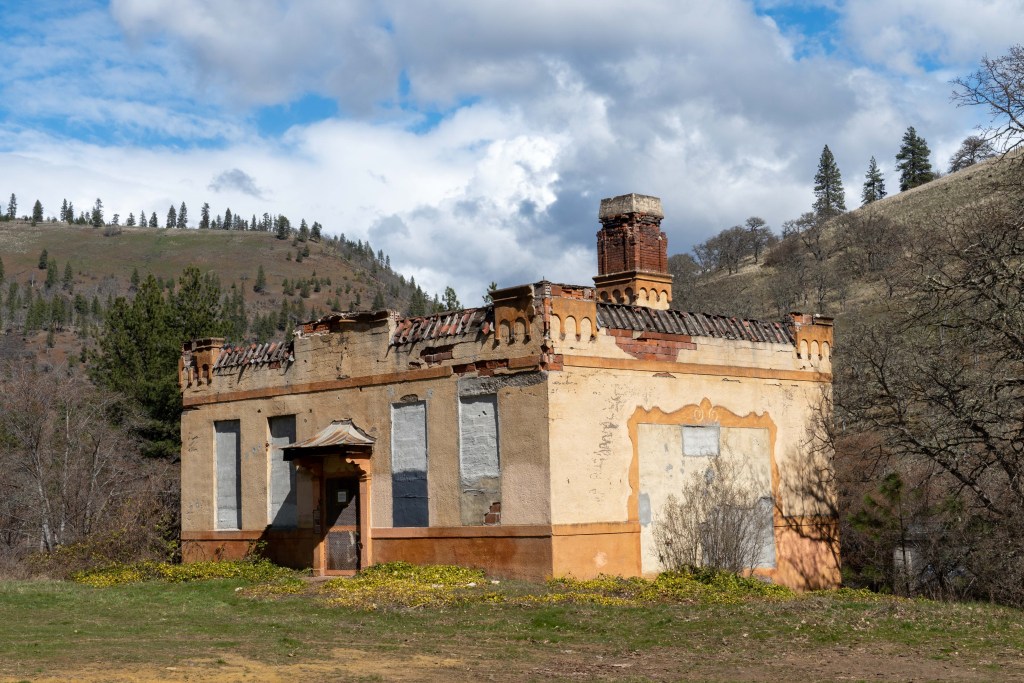 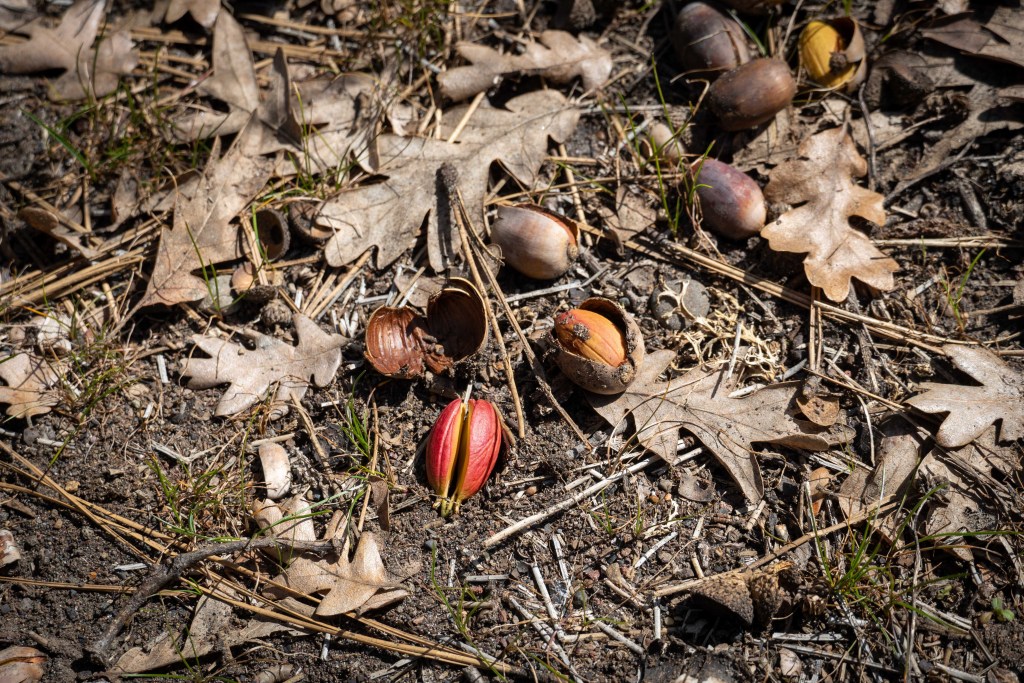 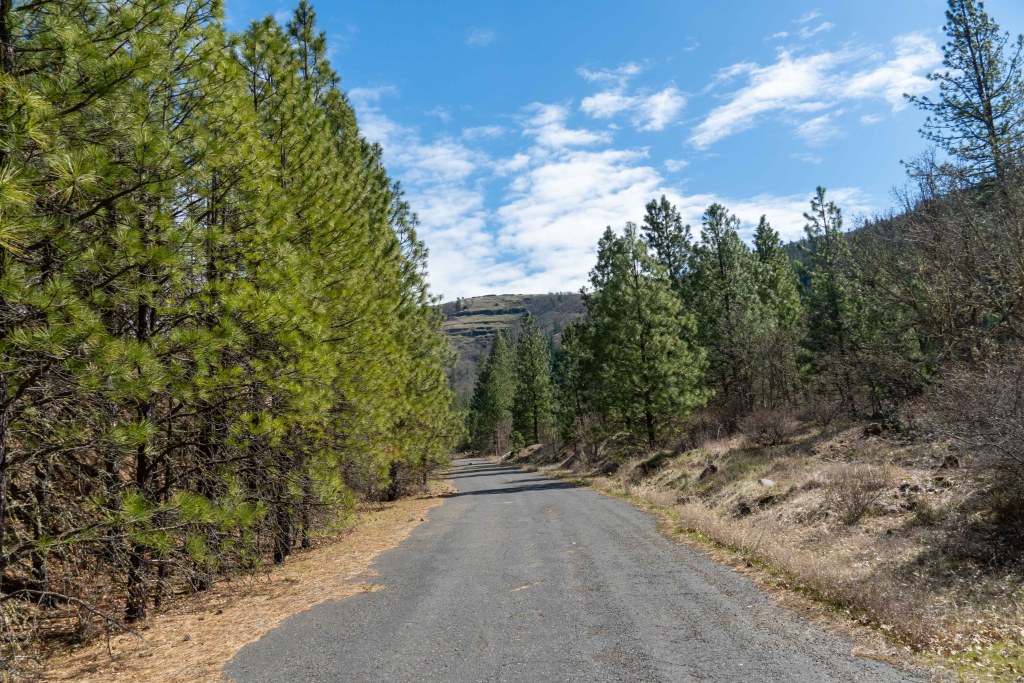 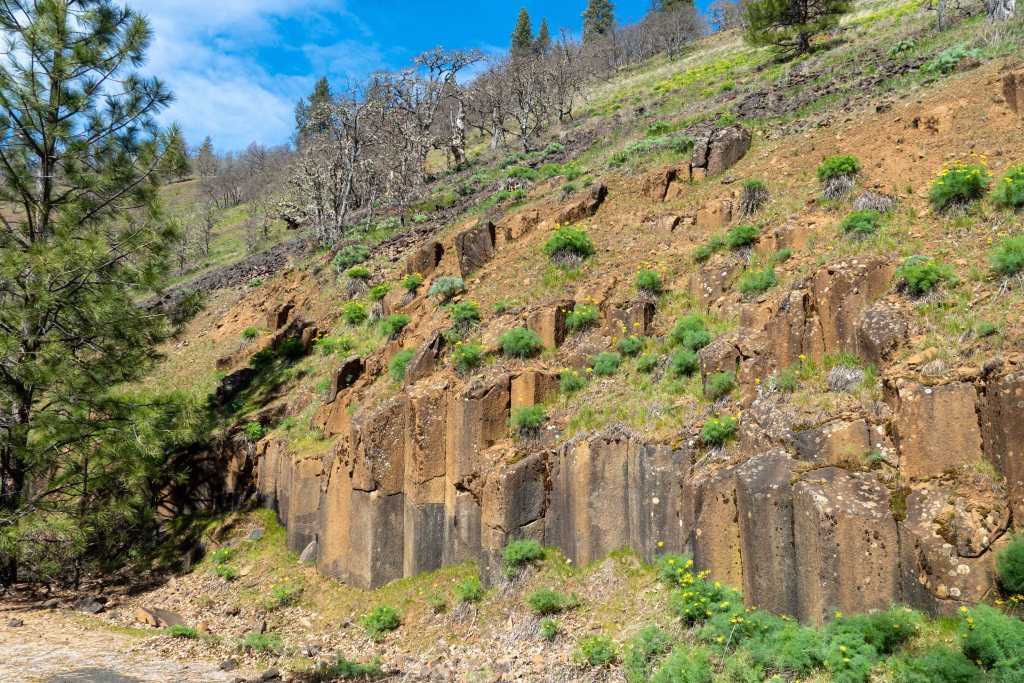 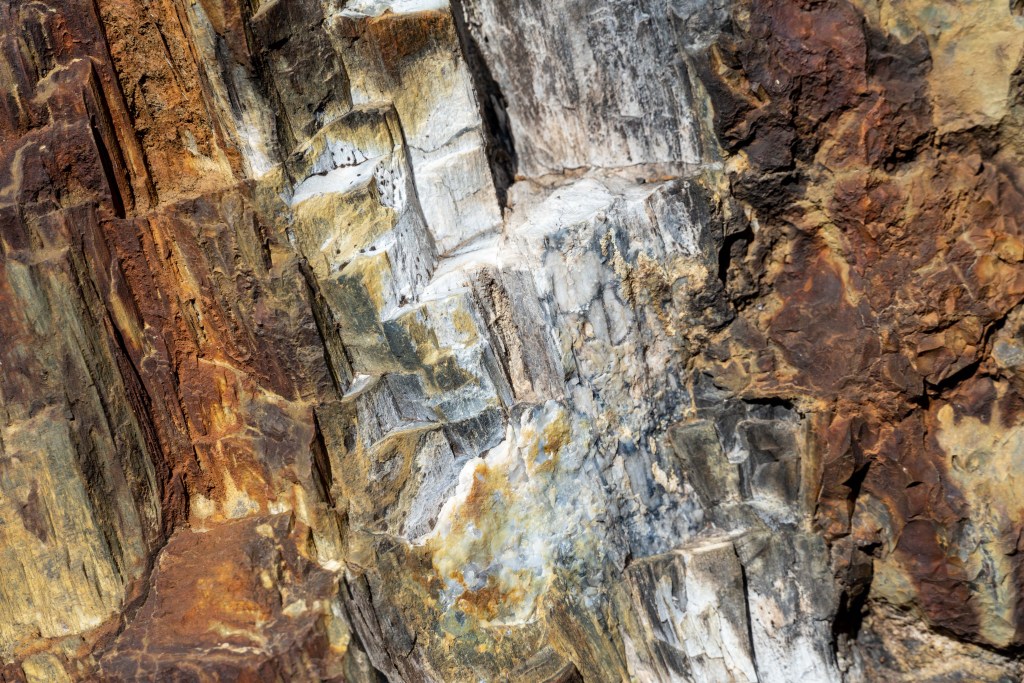 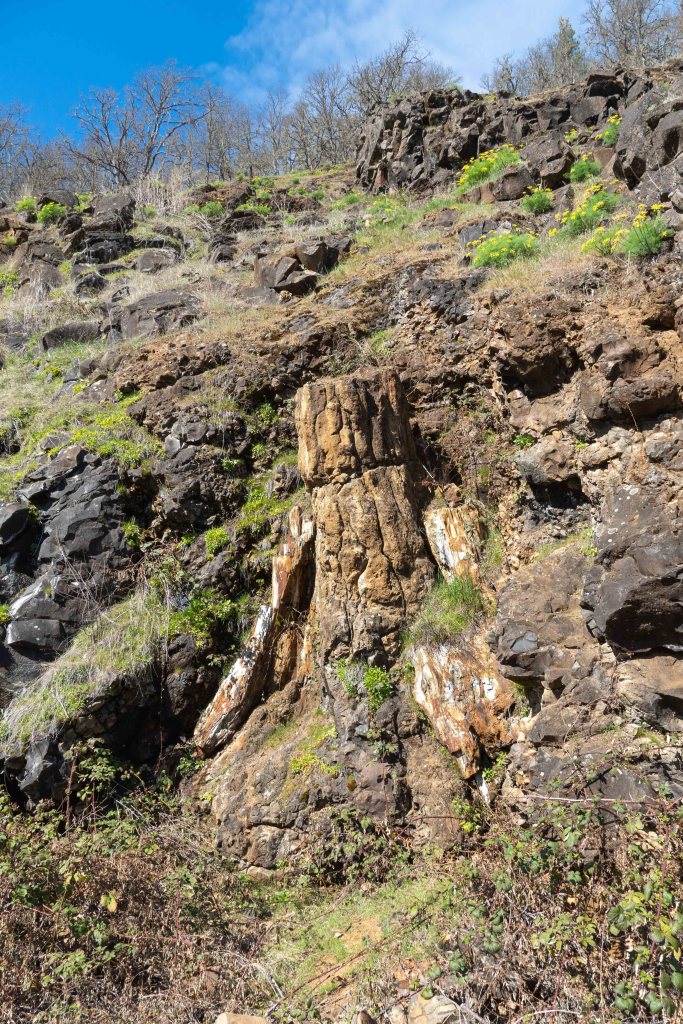 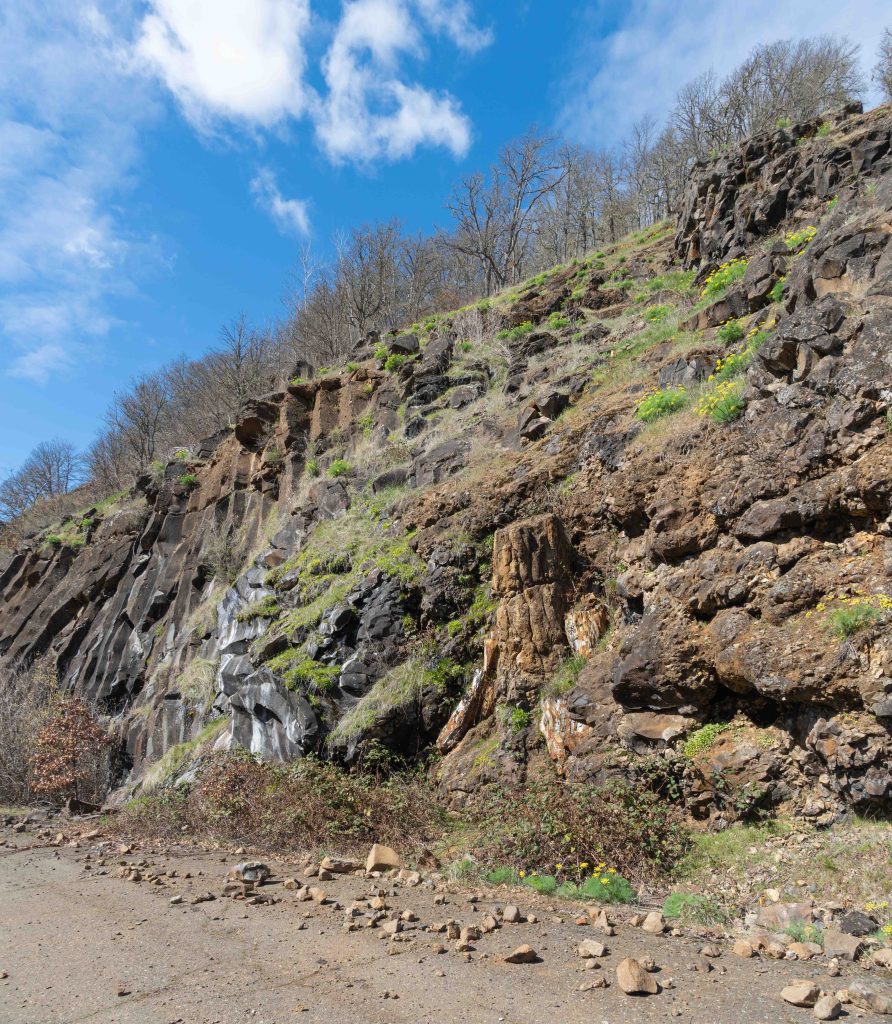 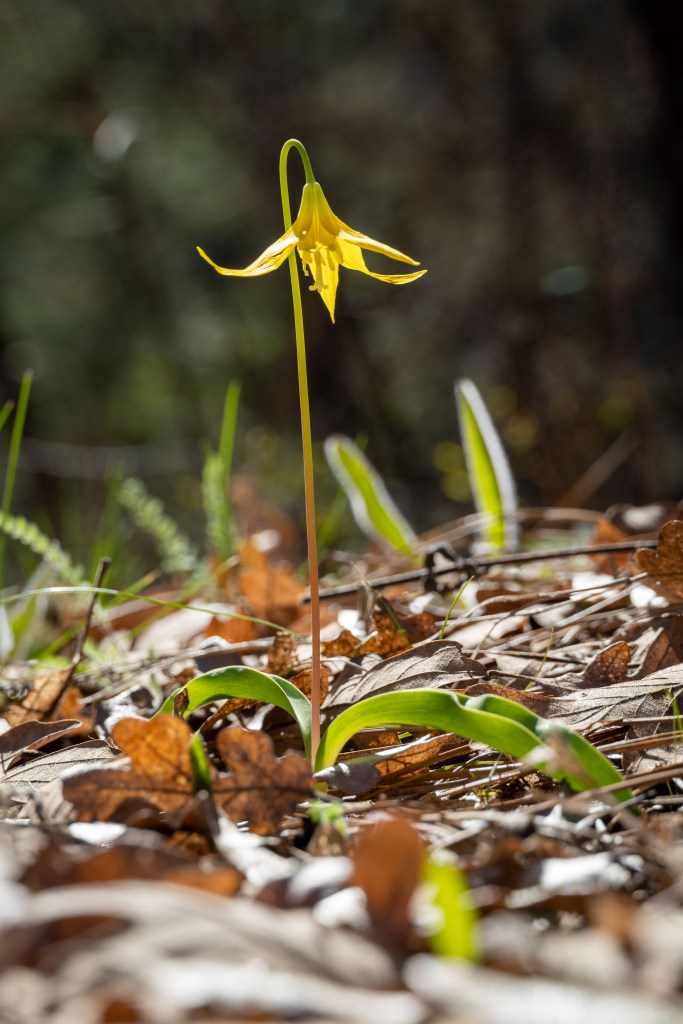 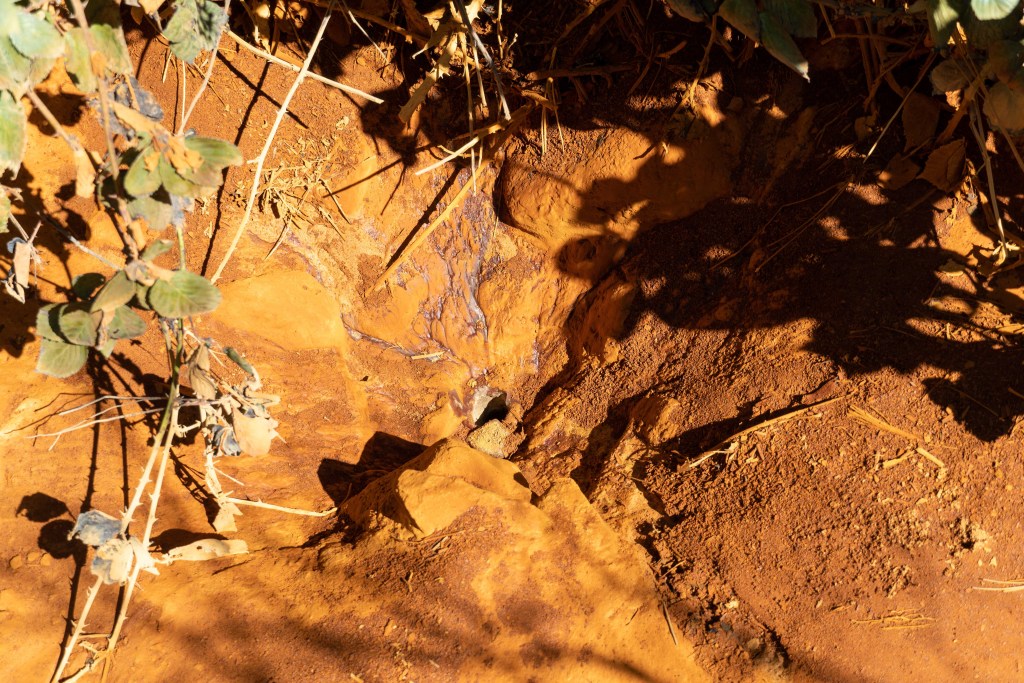 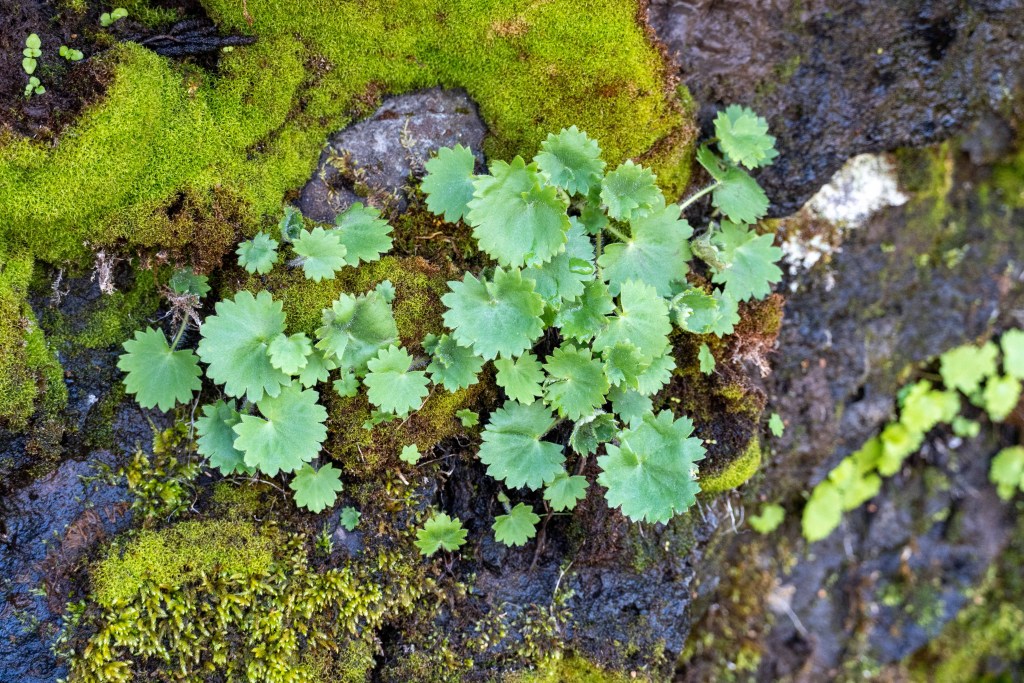 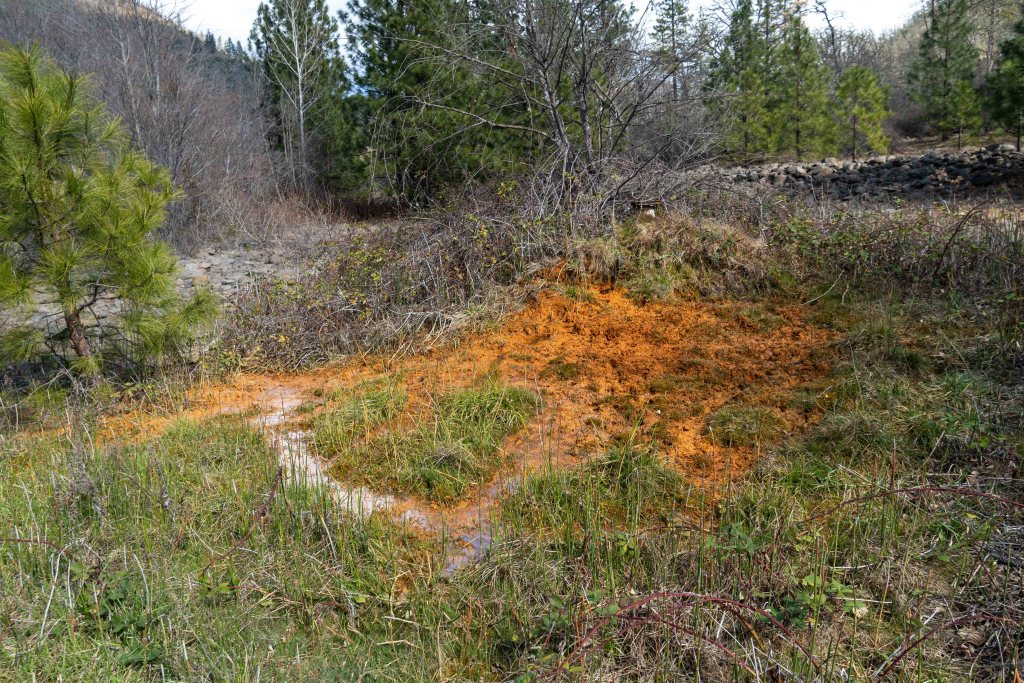 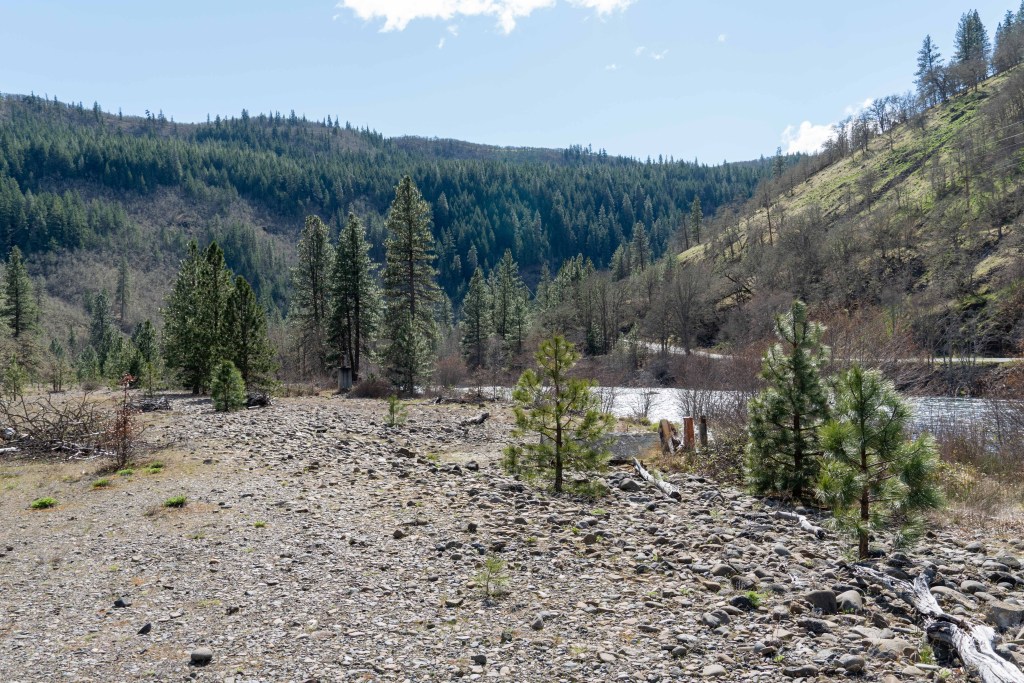 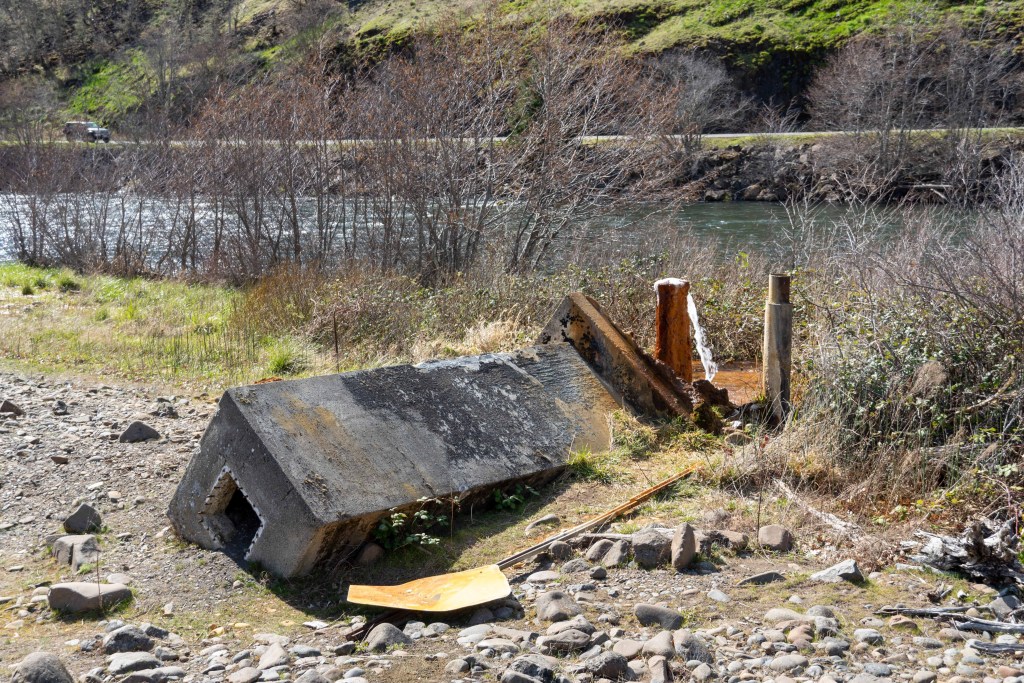 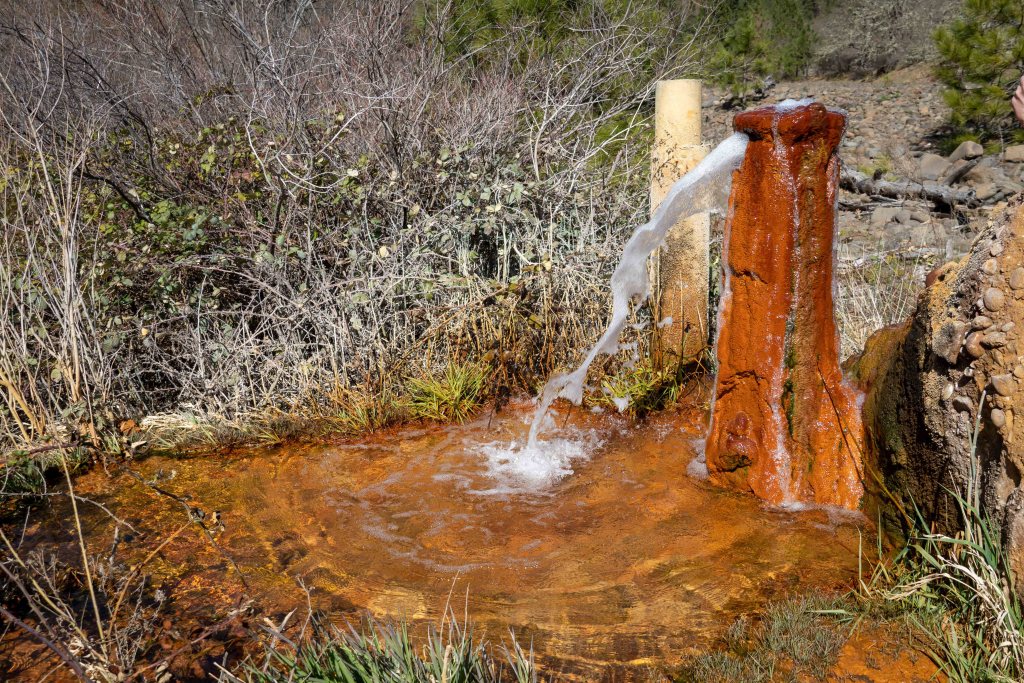 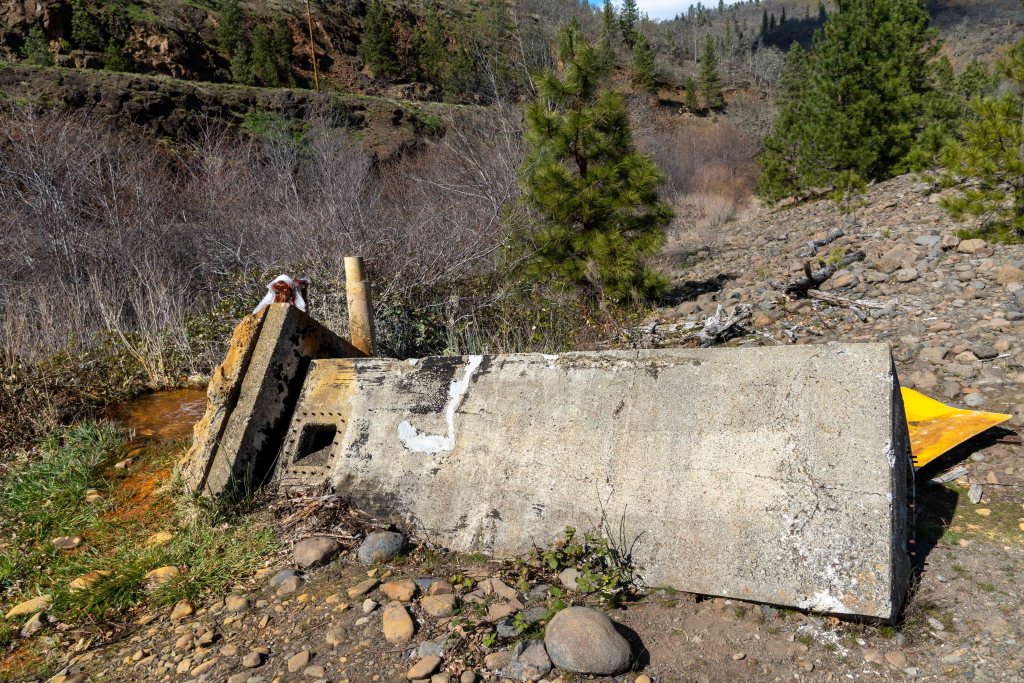 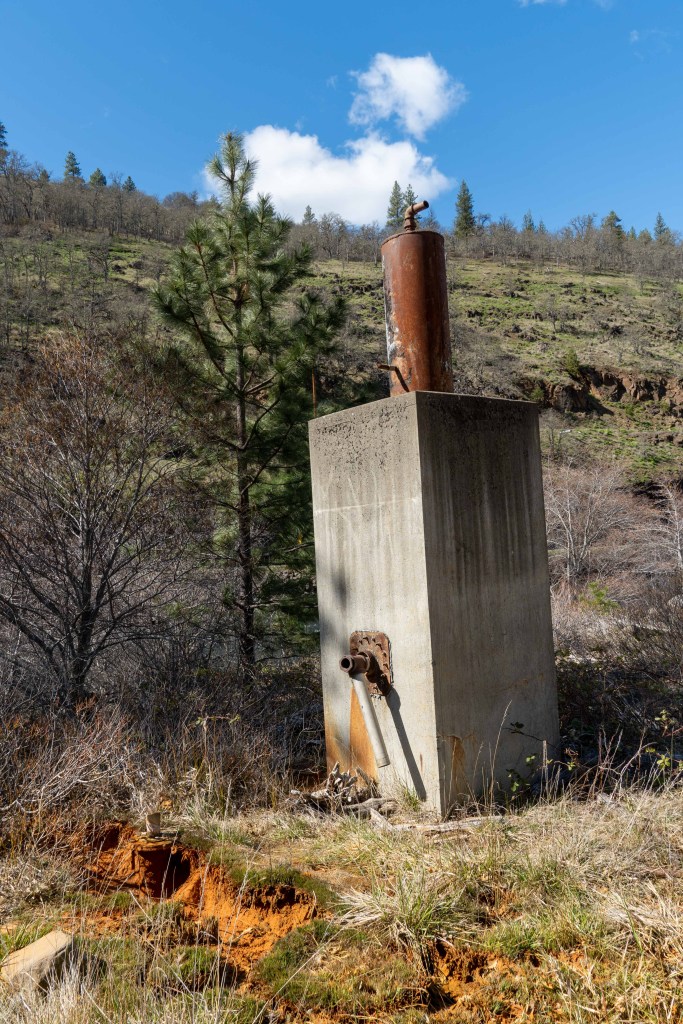 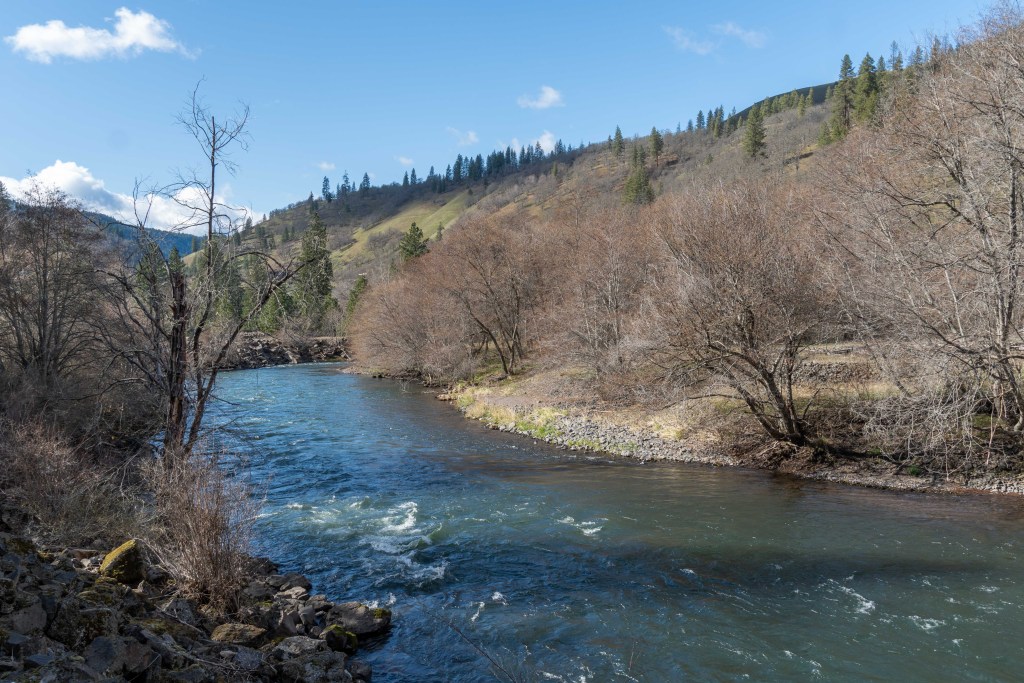 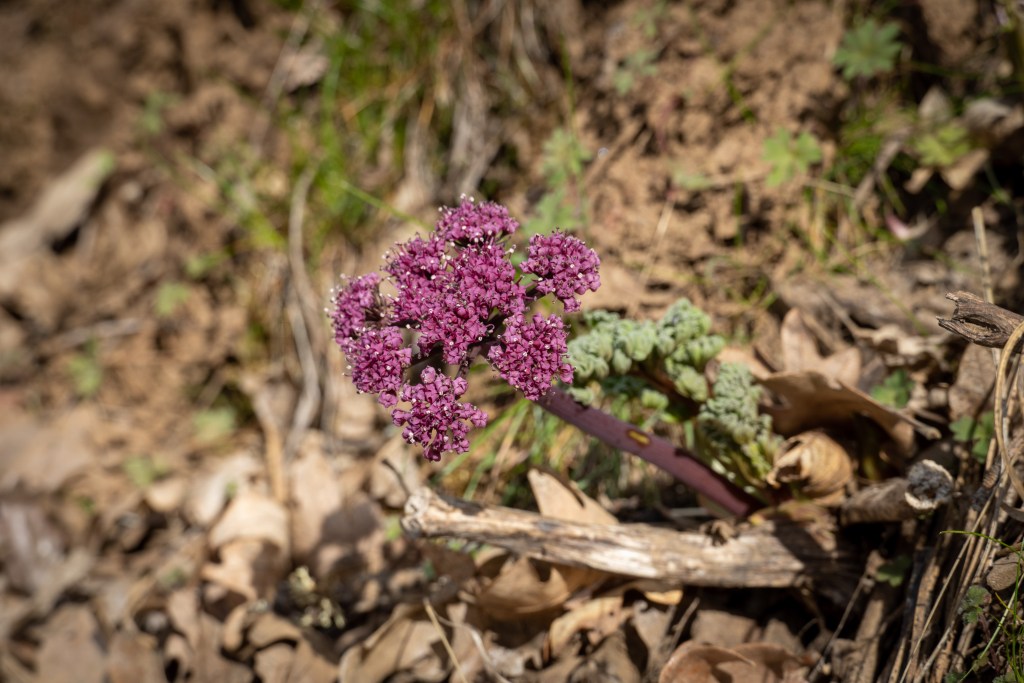 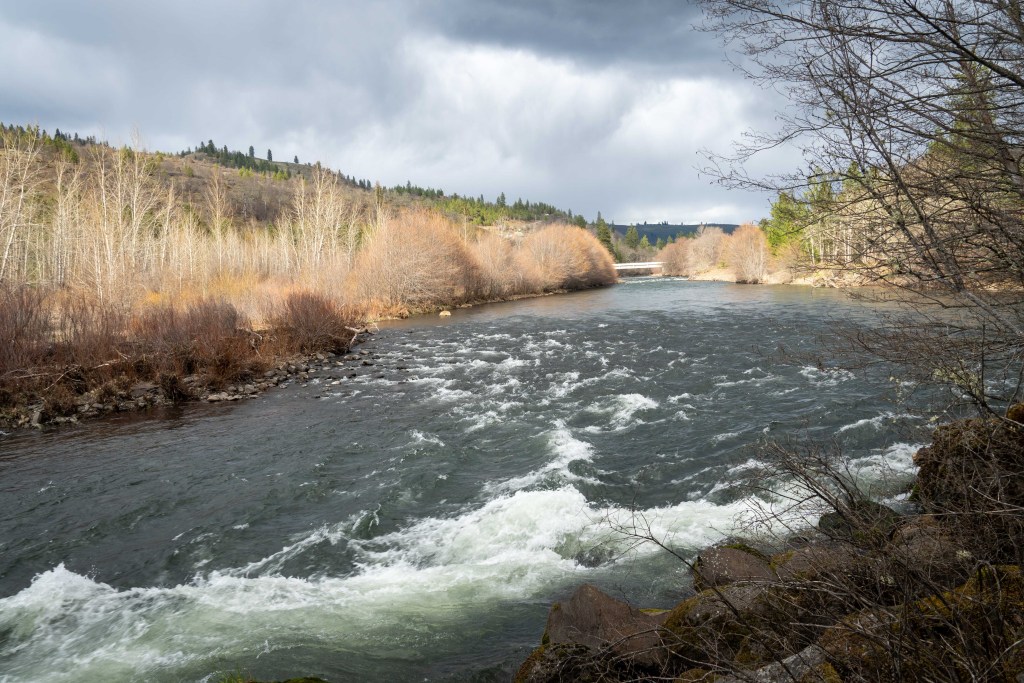